A few days ago we informed that fans digging in Minecraft Dungeons's game files have found out information about two expansions - Jungle Awakens and Creeping Winter. Yesterday, a representative of Mojang confirmed this information. The first DLC will be released in July and will take us to the jungle. The price of the DLCs is not known, but they will be free for all owners of the game's Hero edition. 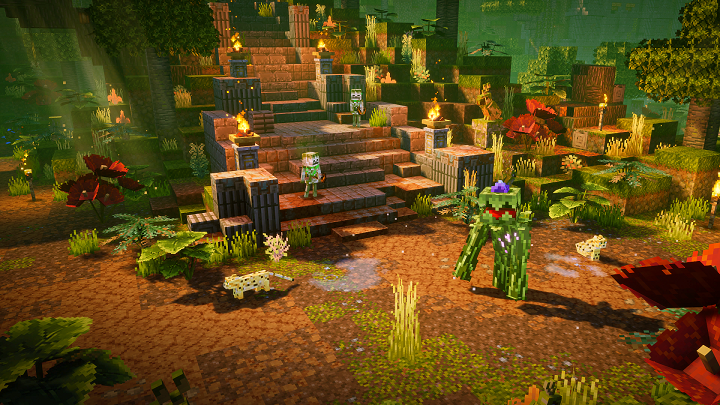 The ruins in the middle of the jungle - seemingly patchy, but as a fan of Indiana Jones I like this climate. Source: Reddit, user zozozrobv2

The jungle is the setting of the first paid expansion. The DLC will enrich the fun with new items and 3 missions, as well as thematic enemies. Interestingly, some of the planned enemies will be completely new in the world of Minecraft.

The developers also ensure that they are working on cross-play option and additional free content.

Yesterday's entry also confirms the existence of a second expansion, called Creeping Winter, but no more information has been revealed about it. If we believe the previous reports, this DLC should be expected by players in September.