Players' allergic reactions to the idea of virtual items in the form of non-fungible tokens, or so-called NFTs, have not deterred many companies from trying their hand at this type of monetization. The latest example is Konami, which celebrates the 35th anniversary of the Castlevania series..

On this occasion, the company has released a series of fourteen NFTs, connected with different installments of the series. Among them we can find iconic scenes from the games, music tracks and new graphics prepared for this initiative.

At the time of writing, the highest bids - of about $227 - have been placed for the Holy Water VS Dracula and Boomerang VS Death scenes from the first game.

NFTs from Konami will be made available on OpenSea and sold through an auction. Bids can be placed now, but the main auctions will start on January 12 at 2 pm PT and end on January 15 at 6 pm PT.

Recall that recently also Ubisoft launched their own NFTs. It did so via the Quartz platform for Tom Clancy's Ghost Recon: Breakpoint. So far, it has not been a success. In fact, during the first two weeks only 15 tokens were sold with a total value of just $400. On the other hand, in case of S.T.A.L.K.E.R. 2: Heart of Chernobyl, the player's reaction forced the developers to drop the NFT concept altogether. 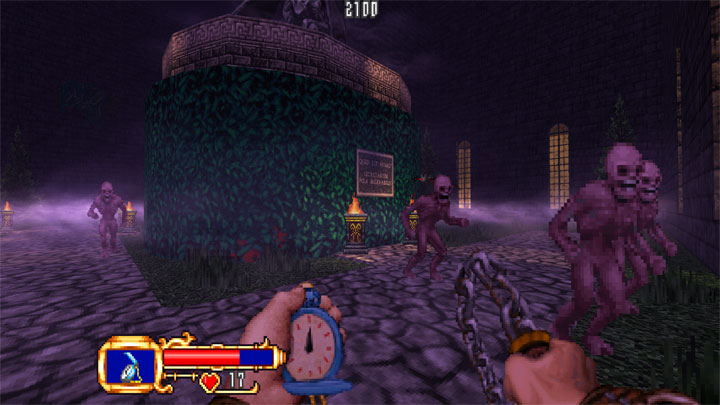 Konami has not released a noteworthy new installment in the series for a long time. Not surprisingly, many fans have taken matters into their own hands, creating their own projects inspired by the brand. One of the best among them is Castlevania: Simon's Destiny.

This is a total reworking of Doom II, which turns this FPS into a first-person action game, set in the Castlevania universe. The creator replaced all the game elements - objects in locations, textures, enemies and all the weapons. He also changed the gameplay, enriching it with platforming elements and expanding the melee combat.

The campaign's structure was also inspired by the metroidvania genre. We often come across inaccessible sections of the map, which we return to only after unlocking new equipment and abilities.