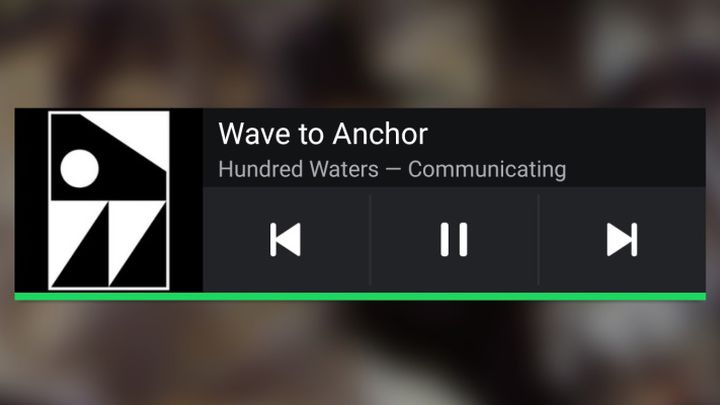 Spotify decided to remove the widget in the latest version of the application.

Tuesday's update of Spotify for Android did not seem to have brought many changes, but the vigilant eyes of users spotted one, which particularly hurt them. Creators decided to remove

The disappearance of Spotify widget support for Android caused a lot of noise on the Internet. Many users expressed their regrets and did not spare harsh words. Spotify did not remain deaf to the calls of customers and created a special survey, where you can support the initiative to restore the functionality. Unfortunately, it has the status of 'not right now', so even if a large number of votes are collected, the matter will only be resolved in the future. 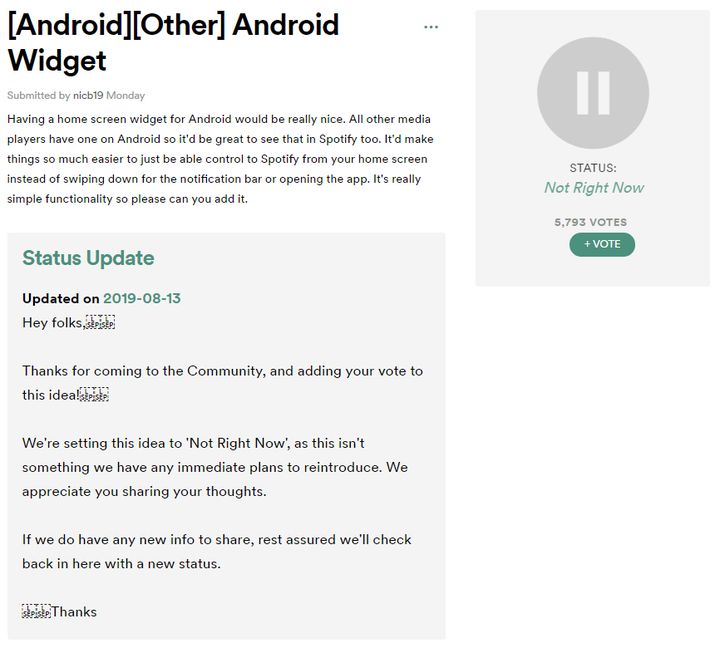 Almost 6 thousand people have already expressed their willingness to restore the widget.

Widgets have long been something that distinguished Android from the competition. Even Apple did not offer similar functionality in its iOS. However, the times have changed and widgets are no longer needed. After all, you can control Spotify from either the taskbar or the phone lock screen.

Currently, the only way users can restore the Spotify widget to working order is to uninstall the new version of the app, block automatic updates in Google Play, and download the .APK file with the older version of the app (8.15.16.178).

You can always wait until the creators decide to do their job after the survey has reached the right number of votes. However, this can may happen in the distant future.