Indie developer The Chinese Room  the team behind Dear Esther, Amnesia: A Machine for Pigs and Everybodys Gone to the Rapture  has announced that it is reducing its activity to a minimum for the time being. On its official blog, the studios co-founder Dan Pinchbeck has explained that he and his closest associates felt strongly that they needed a break back in June, a few months before the release of the VR game So Let Us Melt (it came out on September 21, 2017). Once the decision was made, the whole team pushed it to the limit in order to finish the project and then parted ways. Pinchbeck said:

So we let our team go. Lay-offs are never pleasant, particularly when youre all trying to wrap a game. We did our best to try and help the team secure new positions, and then we all  the whole team  threw everything we had at wrapping the game. It didnt feel fair to anyone, least of all people who had spent a year working on a project, to have its completion and release overshadowed by news about the studio closing, so weve held off on the announcement until we felt we were clear of all of that. 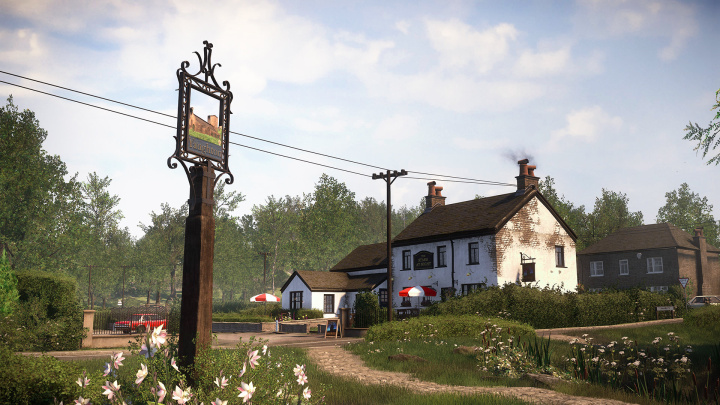 Everybodys Gone to the Rapture is one of The Chinese Rooms latest games.

There are currently only three people left in The Chinese Room, but they are not hanging up the activity completely. They are still working on The 13th Interior (formerly Total Dark). Besides, they want to continually support their existing games and keep in touch with fans. In time, they intend to get back to full development speed, but for now they are taking a creative break:

() Were essentially artists, Jess and I, who made a hit game without realising it, and became a studio faster than we planned for. And its been an amazing few years where weve made and released games were very proud of, and weve worked with great people and made great friends. But were makers, fundamentally, and our roles were increasingly making it very difficult to be practically involved in doing the things we love and we started the company to be able to do. Were taking time to figure that out; how we get to be creatives, not managing directors. Thats a whole other job and skill set and lots of people do it really well and love doing it. But its not for us  it just led to stress and burn-out and a desperate need to actually make stuff again  whether thats art, music, games, writing. So this break is a chance to reconnect with all of that, and we figure weve earned that time.