Hand in hand with the success of the Arcane series goes the rise in popularity of certain champions in League of Legends. As noted by NME through analysis of data provided by LoLalytics, players are choosing champions appearing in the animated series far more often than ever before. This is based on the period from November 6, when the animated series premiered, to the time of this writing.

The biggest jump in popularity went to Vi, whose pick rate increased from 8 to almost 20%. No wonder - after all she is the main character in Arcane. As far as her sister Jinx is concerned, we can also see an increase here, however, it's about 7% (Jinx was already popular before the show premiere). 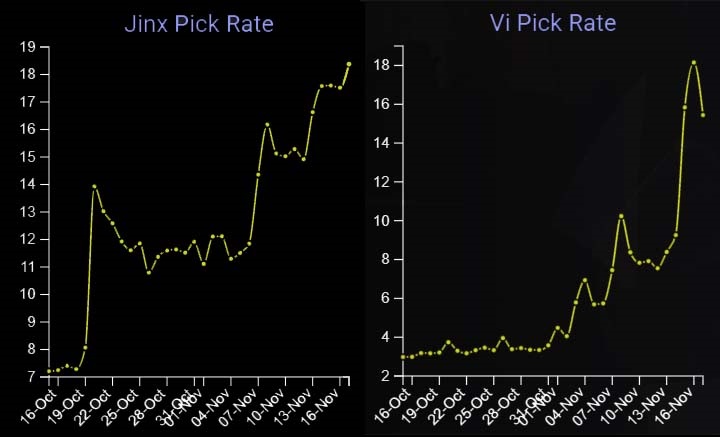 Since the premiere of the first episode of Arcane, we can see a significant increase in the popularity of Vi, source: https://lolalytics.com

Supporting characters also cannot complain. Among them, the most notable is Jayce, whose pick rate increased from 3.7 to almost 12%, and Caitlyn, who is 10% more popular compared to the time before the premiere of the first episode of Arcane. 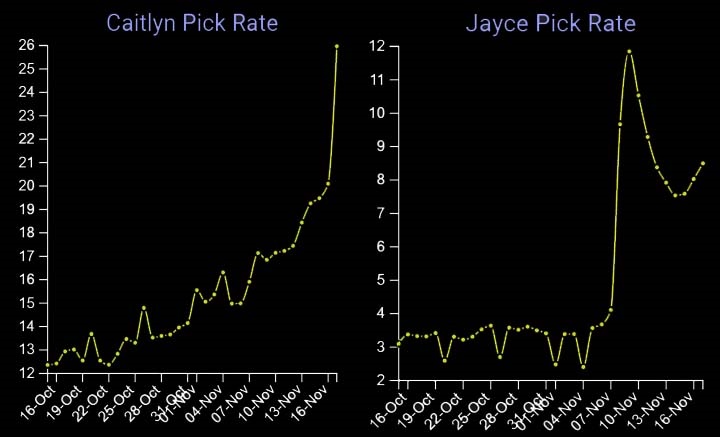 The situation is similar on the charts for Caitlyn and Jayce, source: https://lolalytics.com

It is worth recalling here that Arcane is not over yet - we will be able to watch its three final episodes this Saturday on Netflix. What's more, Riot Games is working hard to provide players with new games set in the world of Runettera. Recently, the turn-based RPG Ruined King: A League of Legends Story debuted on Steam, and the day - Hextech Mayhem - an auto runner with rhythm game elements. Fans of the universe created by Riot can not complain about boredom.