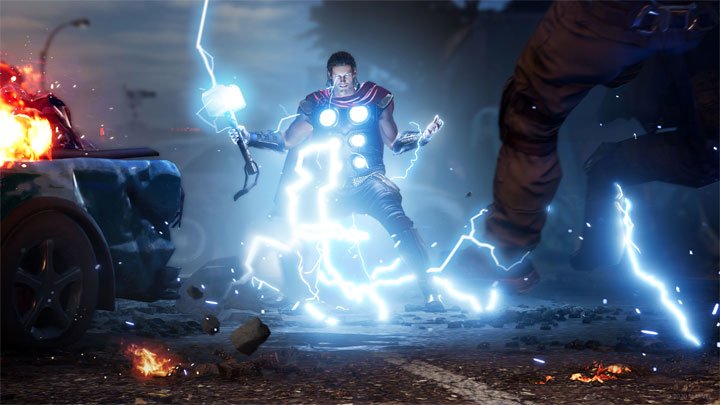 Next year, the game will also be available on next-gen consoles.

Marvel's Avengers, the latest action game from Crystal Dynamics, is here. The title has already launched on PlayStation 4, Xbox One and in the Google Stadia streaming service. The PC edition will be unlocked on Steam later today. Those interested in the PC edition should familiarize themselves with the system requirements.

PlayStation 5 and Xbox Series X ports are planned, but we will wait for them until 2021. It's worth reminding that editions for Sony consoles are the only ones that will receive Spider-Man in the future, which has upset many fans.

Several reviews of Marvel's Avengers have already appeared online. On Metacritic, the PS4 version has an average rating of 76%. Below are some sample review scores:

It should be noted that many websites have so far refrained from publishing their scores. Marvel's Avengers is a game with an extensive online mode, which requires a solid testing, so the editors are not yet ready to issue final notes.

Released reviews praise the execution, the surprisingly extensive and well-made campaign, the large selection of superheroes, and the fact that each of them offers very different gameplay mechanisms and has a unique progression path. Criticized is the repetitiveness of missions and the not entirely successful elements typical for live-service games. However, even the most negative reviewers claim that Crystal Dynamics has prepared a solid foundation that will allow the title to be developed for a long time.