Many indications suggest (thanks, XGP.pl [in Polish]), that Mass Effect: Legendary Edition, the set of remastered versions of Bioware's three classic sci-fi RPGs soon will appear on the offer of Xbox Game Pass.

The source of these speculations is Microsoft Store's website. Currently, there is a promotion that enables you to buy ME: Legendary Edition cheaper. On the cover of this game, in the lower right corner, you can see the Game Pass logo. It does not appear on the card of this collection, so most likely someone rushed and added it to the cover thumbnail a bit too early. 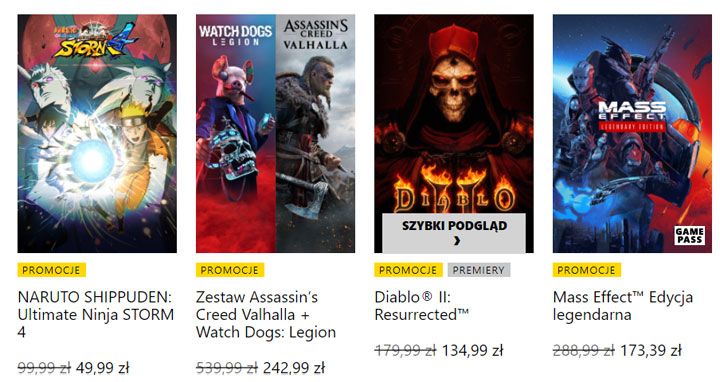 Of course, it could be a simple mistake, although it's hard to imagine how someone could mistakenly add the Game Pass logo.

If you don't intend to use Game Pass and just want to buy the title outright, the current deal on Microsoft Store has it for $32.99, which is 40% cheaper than the standard price. This offer only covers the versions for Xbox One and Xbox Series X/S.

Mass Effect: Legendary Edition was released on May 14, this year. The game is available on PC, Xbox One, PlayStation 4, Xbox Series X/S and PlayStation 5.