How about ads in Windows 11 Explorer? It probably wouldn't be met with an enthusiastic reception (to put it mildly). So imagine what a certain member of the Windows Insider program must have thought upon seeing a OneDrive ad in the file explorer window of the test version of the system. 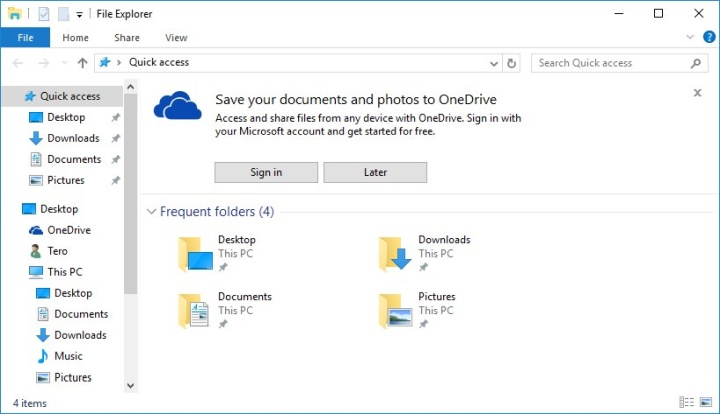 This situation was described Bleeping Computer. I repeat - this is the test version of Windows 11, available only in the Insider program, so there is no clear reason for concern yet. It is (was?) probably just a test of a new feature, which allows for displaying additional information in the system window.

"It's a good thing I'm using the Files app and not system explorer if they want to start displaying ads there," wrote Kory's Bagel on Twitter

It seems that seeing the negative reactions, Microsoft has withdrawn from this idea, because the team from Bleeping Computer was unable to reproduce this situation. Even if the Redmond giant were to consider advertising in windows, it is quite possible that it would only apply to its own products.

This is not the first attempt to introduce ads in this form. Microsoft has previously tested displaying text advertising the free edition of Office on an additional bar in WordPad. This solution was visible also only for participants in the Insider program and, as is often the case in such cases - did not come into use.

GTA 5 Debuts on PS5 and XSX; Comparison of Visuals and Loading Times

Xbox and PC Game Pass for Second Half of March; Something for F1 and Medieval Fans

GTA 5 Debuts on PS5 and XSX; Comparison of Visuals and Loading Times