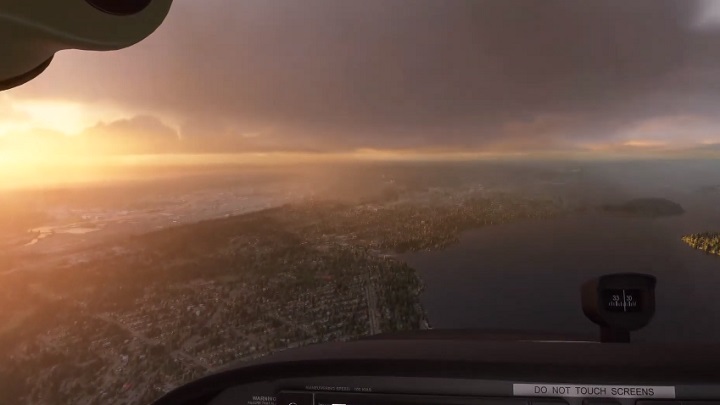 Perhaps you are thirsty for more sights from Microsoft Flight Simulator after the previous materials. In such a case, you should be pleased with another entry on the official website, presenting a new gameplay fragment from the upcoming installment of Microsoft's series of flight simulators. We can see how the creators managed to implement the phenomenon of stall. In addition, the Microsoft Flight Simulator Insider program has made available three other videos showing Lake Tekapo, the American city of Baltimore and a landing approach. If you don't want to watch each of them separately, YouTuber damsonn user has posted a compilation of these fragments, which we have posted below.

It should also be added that the subscriptions to the tech alpha have already started. Selected Insider members will have access to it through a special section on the official website of the game. We don't know much about these tests yet, but we won't have to wait long for details. Microsoft will reveal the details in the next update, scheduled for September 19. Then we will get to know the schedule of the alpha and the goals set by the creators. In addition, on September 26 we will get an announcemen of Feature Discovery Series, a four-episode series of films discussing selected elements of Microsoft Flight Simulator. The first episode, devoted to the game world, is coming out in October. The title itself will debut next year on PC and Xbox One console.