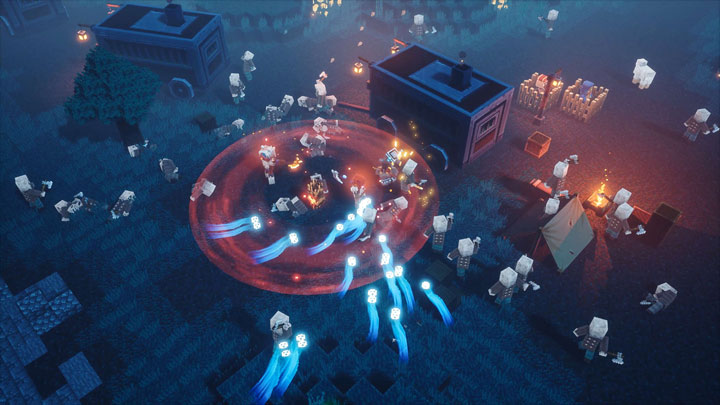 Minecraft: Dungeons will launch next year.
MINECRAFT: DUNGEONS IN A NUTSHELL:

Yesterday, this year's edition of the MINECON event was held, organized for fans of the game from Mojang AB. Among the titles present on the event we've seen Minecraft: Dungeons. Now the web has a fresh gameplay recording from this project.

The video shows more than four minutes of gameplay in a local co-op mode, which enables us to have fun together on one screen. It will enable a maximum of four people at a time and the difficulty level will be adjusted according to the number of players.

On the gameplay we can see, among other things, forest exploration, battle against hordes of monsters, usage of special items and the rescue of kidnapped inhabitants of a nearby village. The maps in the game will be generated randomly, so each time players will have to face new challenges.

Minecraft: Dungeons is coming to PC, Xbox One, PlayStation 4 and Nintendo Switch. The game will also be available as part of the Xbox Game Pass service, and will be released next spring.

Finally, it is worth mentioning that yesterday, during the MINECON event, the devs also the introduction video of Minecraft: Dungeons. It enables us to get acquainted with the main character of the game.

Call of Duty Mobile for Free Also on PC