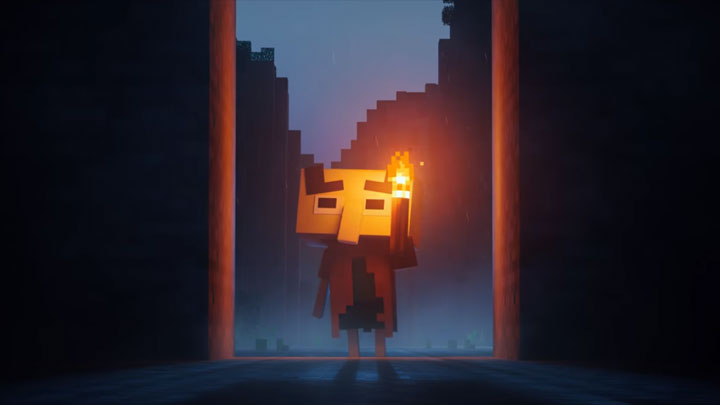 Several things were shown on MINECON, including a cinematic intro to the plot of Minecraft Dungeons.

This year's edition of the MINECON event traditionally brought a lot of interesting novelties for fans of Mojang AB's production.

The devs have prepared many attractions for Minecraft players, but people waiting for the release of Minecraft Earth and Minecraft Dungeons have not been forgotten.

Most of the news was, of course, about Minecraft itself. Devs have announced that the next major update will be called Nether Update. As the title suggests, it will refresh the Nether dimension, enriching it with new biomes (Soulsand Valley and Netherwart Forest), structures, blocks and visual effects.

Another attraction were Piglins mobs, a new civilization in the universe of Minecraft. Earlier we could only get to know these creatures in the form of zombies. Generally, they will not be very friendly towards players, but they will ignore people wearing gold armour. It will also be possible to trade with them, although it will have a less peaceful than what the players have become accustomed to. In addition, bees with hives will be implemented in the game. They will pollinate crops and flowers and enrich the game with honey.

It is also worth mentioning that by voting, the players decided that the next biome to be refurbished will be Mountains. A board game Minecraft: Builders & Biomes has also been announced.

The devs also stated that next month Minecraft Earth, a mobile game based on augmented reality technology, would launch in Steam early access. The Android version has already launched its subscriptions for Early Access.

The title has been tested in a closed beta for several months. Compared to it, the Early Access edition will offer a lot of new features, such as additional mobs and crafting options. In addition, there will be multiplayer Adventures, such as fighting skeletons in a nearby park or collecting diamonds on the sidewalk, which in the game will turn into a mine tunnel.

The devs also showed the intro video for Minecraft: Dungeons. It shows the silhouette of the main villain we will face during the game.