Not even two weeks have passed since Call of Duty: Modern Warfare was released, but Infinity Ward, the team responsible for creating the game, can't afford to rest. Developers need to get to grips with the problems present in the multiplayer mode, which can make fun rather unpleasant... unless somebody becomes an expert at using shotguns, mines and shields.

It turns out that the creators failed to take care of the proper balance of these elements of equipment. Thus, we have received shotguns that can take down an enemy with one shot at a distance of several dozen meters, mines scattered by players everywhere where it is difficult to see them (on windowsills, stairs, or thresholds), as well as a shield that will protect us from a hail of bullets and will allow us to kill the opponent with an accurate knife throw when the opponent will try to reload their weapons in panic. You can find out how to play Call of Duty: Modern Warfare to win by watching the video below (its creator approached the subject with a good dose of humor).

Dr DisRespect also spoke on the matter. The popular streamer wasn't mincing his words when, during one of his broadcasts, he pointed out the aforementioned problems of the title and "asked" Infinity Ward to prepare an appropriate patch, while sharing ideas for solving these problems.... which boils down to removing mines and significantly nerfing shotguns. It is worth noting that in 2011-2015 Dr. DisRespect worked at Sledgehammer Games (a studio that delivered Call of Duty: Advanced Warfare and Call of Duty: WWII, and also took part in the creation of other installments of the series), first as a community manager and then as a level designer. 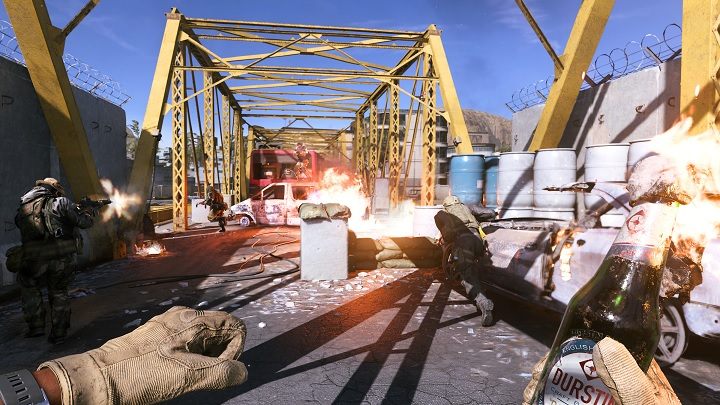 In Call of Duty: Modern Warfare you can conquer the world with a shotgun, a stock of mines and a shield. Molotov cocktails, machine guns and other toys are a thing of the past... at least for now.

As you can see, the latest work of Infinity Ward did not avoid problems. However, the creators have reason to celebrate anyway, because the title can already boast of being the best-selling premium game of the year, and within three days from the launch it generated revenue of 600 million dollars. Developers intend to strike iron while it is hot and have extensive plans for the development of the title - it's enough to say that curious users found mention of 38 (!) additional maps and 23 (!) new game modes in the game files. Let's hope, however, that they will first take care of repairing the shortcomings of their project.