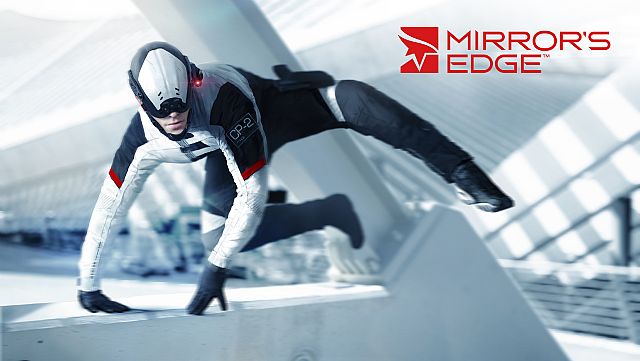 Are we going to see any new material from Mirror's Edge at E3?

The most recent financial statement of Electronic Arts includes several interesting facts about the company's plans for the future. Among them we can find the approximate release date of the reactivated Mirror's Edge and the new installment in the Need for Speed series. Below, you can find EA's release plan for this year. 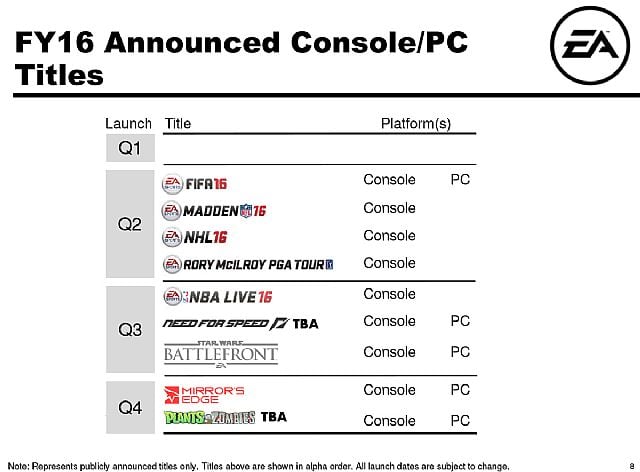 Electronic Arts release plan for the period from April 2015 to March 2016.

The next installment in the famous racing games series from Electronic Arts will see the light of day in the final quarter of 2015 (the table above takes into account the financial year which ends in March 2016).The new Need for Speed hasnt been officially announced yet, but this will probably happen at this year's E3. The title is being developed in the Ghost Games studio which created the previous, rather decent installment  Need for Speed: Rivals. A year ago, the developer promised to introduce a new quality to the series. To make this possible, the premiere of the production was postponed, which meant that 2014 was the first year in over a decade without a NfS production. This year, in turn, we will see as many as two titles from the series, with the second one  Need for Speed: No Limits from Firemonkey  being a mobile game.

A little later, namely in the first quarter of 2016, Mirror's Edge is due to hit the market. EA DICE is planning to refresh and develop the ideas implemented in the first production under this title released in 2008. We're expecting a lot of jumping on the roofs of buildings of a modernist metropolis, as well as rare yet spectacular combat. Unlike her predecessor, "Faith 2.0" will navigate an open world, and the game will offer a multiplayer mode. Mirror's Edge is designed for PC, PlayStation 4, Xbox One and (probably) PlayStation 3 and Xbox 360.