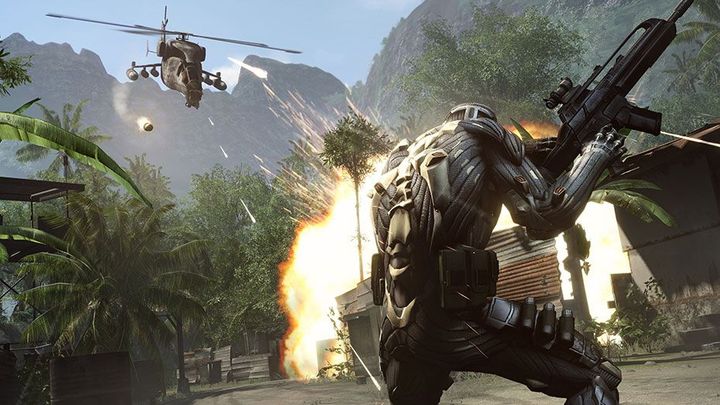 Digital Foundry editors have published an interesting video about Crysis, the iconic first-person shooter from Crytek Studio, which in 2007 proved to be a challenge even for the strongest PCs. Thanks to mods we managed to enrich the old title with a cooperation mode and... support for a limited form of ray tracing (or more specifically a variant of this technology called path tracing).

Path tracing is used here to create a realistic global illumination effect (similar to the one used in Metro Exodus). It is worth noting that we are not dealing here with full-fledged ray tracing. The Reshade program has a number of limitations - for example, the relatively small amount of information that the application has access to makes the simulation not always as accurate as it should be. Additionally, path tracing includes only what is visible on the screen (which is sometimes problematic). It is also inevitable that the number of animation frames per second will decrease significantly. Nevertheless, the final result is impressive, strongly changing the way the lighting functions in Crytek's production.

Also interesting is the cooperation mode, which works by converting maps from the original Crysis to work with another installment of the series - Crysis Wars (the title was added to Crysis: Warhead and was a stand-alone game, focused on competition in the multiplayer mode). Unfortunately, the mod was never finished, so you have to accept some issues (e.g. incomplete synchronization). The use of the modification also has a price - some functions, such as the destruction of the environment, had to be completely disabled.

Finally, it is worth noting that while ReShade is a relatively easy to use program, the version which supports path tracing, is currently available only for those who support its creator on Patreon. In the case of cooperative mods, the situation is also a bit complicated. Crysis Wars has been using the no longer available GameSpy app, which needs to be replaced by other fan mods. It is possible to replicate the effect you see on the video in your home, but it will probably require a lot of work.

We would like to remind you that Crysis was released on November 14, 2007 (less than 4 years later the game was also released on PlayStation 3 and Xbox 360).

Cyberpunk 2077 is a Continuation to 2020, Not an Alternative Version