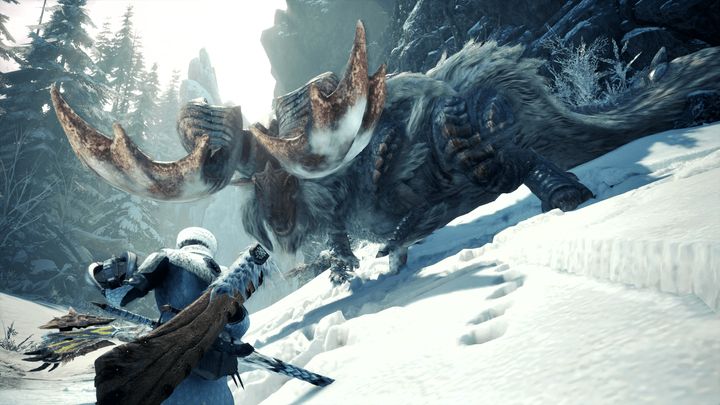 Iceborn is doing great on the market.

Capcom has announced that Monster Hunter: World - Iceborn, a major expansion for the action RPG Monster Hunter: World, has sold more than 4 million copies worldwide. The result includes both physical and digital distribution. It was achieved, among others, thanks to the recent release of the expansion on Steam (last September, Iceborn launched on consoles, with the version for Xbox One being released only in the USA and Europe).

A very good result was also achieved by the base version of the game, which (January 26, 2018 on consoles and August 9, 2018 on PC) has already reached over 15 million customers since its release, making it Capcom's greatest success ever. All titles in the series sold in total 61 million copies (this is the second result in this publisher's catalogue, after the Resident Evil series). The Japanese company is satisfied with these results and plans to further increase the interest of players in the franchise in the future, among other things, through the first film adaptation of Monster Hunter and organizing such events as Monster Hunter: World - Iceborn XR Walk, which was an opportunity to experience the universe of this game in virtual reality.

It is worth noting that in the statement the publisher uses the word "shipped", meaning copies of the game sent to stores. At the same time the company informs that this number includes both box editions and keys from digital distribution. In other words, in Capcom's understanding, the 4 million include keys actually purchased by the end customers as well as the game boxes ordered by stores. In the case of the latter, however, we do not know what percentage has been purchased by customers.

Monster Hunter: World is an action RPG in which we do exactly what the title suggests, taking down giant beasts for crafting components and fun. The game is the latest instalment of the series, whose roots date back to 2004 (but it has not been very popular in the West so far). Iceborne, on the other hand, is a big expansion offering a completely new storyline, the action of which takes place after the end of MH:W. We also get a great location to explore and a number of new monsters and weapons.