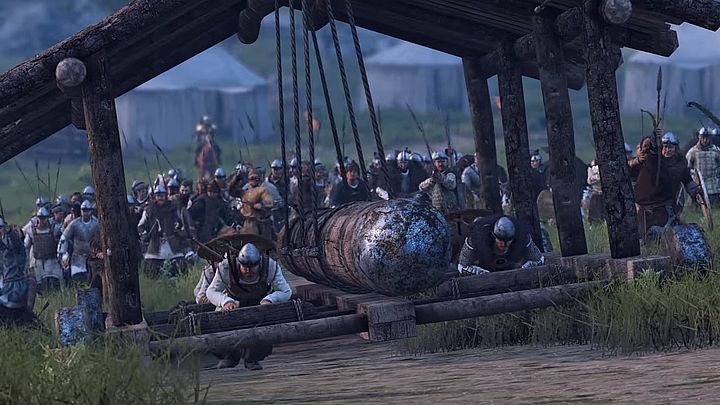 Mount & Blade 2 Release is coming at our gates like this machine.

YouTube's TaleWorlds channel featured a video announcing the release of Mount & Blade II: Bannerlord in Steam Early Access. The title will appear in March 2020. This is good news for players who have been looking forward to a full-fledged continuation of the 2008 game for years. The first announcement of the sequel took place in back in September 2012. It's been 7 years since then, and enthusiasts of horseback riding in full plate had to settle for Xbox and PS4 ports of the stand-alone Warband expansion (released in 2016).

From time to time the devs reminded players of their production. Recently on the web we could see a gameplay from the closed beta, presenting the Skirmish mode. Mount & Blade II: Bannerlord was also present at last year's gamescom. There, the studio presented an hour-long gameplay fragment. Are we going to see something new this year as well?

Mount & Blade II: Bannerlord will take us 200 years before the events shown in Warband. The action will take place in the land of Calradia, a superpower torn by a fierce struggle for power and throne after a deceased ruler. The title does not differ much from the original in terms of mechanics. The plot will continue to be only a background for the extensive gameplay. What is striking is, of course, the improved graphic design. The game world is supposed to be vibrant with life, we will see even more warriors on the screen and the locations will become more interactive. All that remains is to wait patiently... and try not to get old during that time.