A year ago, Saber Interactive and Focus Home Interactive announced MudRunner 2, a continuation of the popular off-road truck simulator Spintires. The first information about the production said, among other things, that there would be new types of terrain surfaces, such as ice or snow. It turns out that they will be so important that the devs decided to change the title. At gamescom 2019 it was announced that MudRunner 2 will be renamed as SnowRunner. The game's trailer presenting some gameplay footage is available below.

SnowRunner is designed to provide much better visuals and more accurate reproduction of physics compared to first installment. The title includes more than 15 open maps full of mud, snowdrifts and various terrain obstacles, some of which will be up to four times bigger than those known from the original. Virtual daredevils will be able to conuer them behind the wheel of one of a number of customizable licensed machines from such manufacturers as Pacific or Navistar.

SnowRunner will enable solo gameplay, but if someone is more interested in transporting goods from A to B as quickly as possible along with friends, they will probably be interested in the multiplayer mode. It will support a maximum of four players. 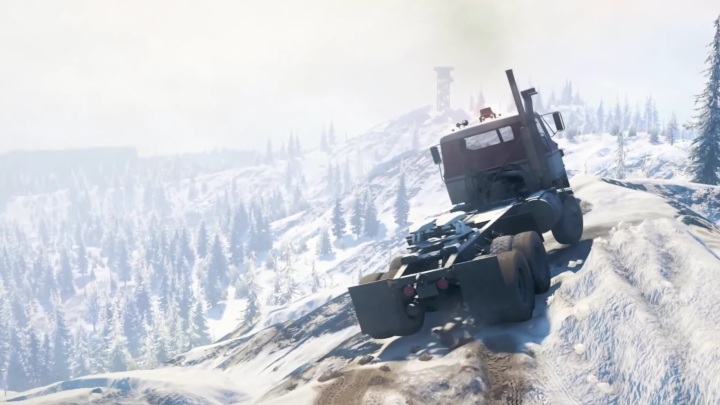 Snow landscapes will be nothing unusual in SnowRunner.

SnowRunner will be released on PC (Epic Games Store), PlayStation 4 and Xbox One in 2020. The exact date has not been given yet. A Switch version was also planned for May, but it is to be released a little later than the releases for the aforementioned platforms.