The Warhammer 40,000 universe is hardly famous for many successful video games. Half the problem if we're talking about strategy games, because there was no shortage of those in recent years thanks to the efforts of some publishers. However, good (or even solid) action titles set in the 41st millennium can be counted on the fingers of one hand. Perhaps upcoming games, including one revealed by accident, will change that. The official Microsoft store revealed Necromunda: Hired Gun, a single-player FPS from the Focus Home Interactive catalog. Streum on Studio, the devs of Space Hulk: Deathwing, is responsible for the title. The page also includes a handful of screenshots.

In contrast to Darktide and many other games set in the Warhammer 40,000 universe announced last year, Hired Gun will focus not on another conflict between the many civilizations of the 41st millennium or a clash with the forces of Chaos, but criminal underworld. The protagonist is a typical mercenary, what is usually the case on the corruption-ridden planet of Necromunda. Together with his cybernetic dog, he takes on a series of assignments, usually involving the elimination of a designated target. In combat, we'll use a variety of weapons in addition to our animal companion, and the game gives us rich customization options. The description also confirms the presence of RPG elements (read: progressing the character through leveling).

Some information is missing on the game's card in Microsoft's store, but the essential piece of info is there. If the description is to be believed, Necromunda: Hired Gun will be released on June 1 on Xbox One and Xbox Series X/S (there's been no mention of a PC or PlayStation release). However, we'd like to point out that this may be an placeholder date, and the publisher still hasn't confirmed the title's existence. Not that a possible announcement would be much of a surprise, even without Microsoft's "help". After all, back in 2019 Focus Home Interactive announced the release of twelve games in partnership with Games Workshop. Even then, there was a mention of the new work of Streum on Studio and a suggestion that it will be based on the silent elimination of enemies. Anyway, we're waiting for official confirmation. 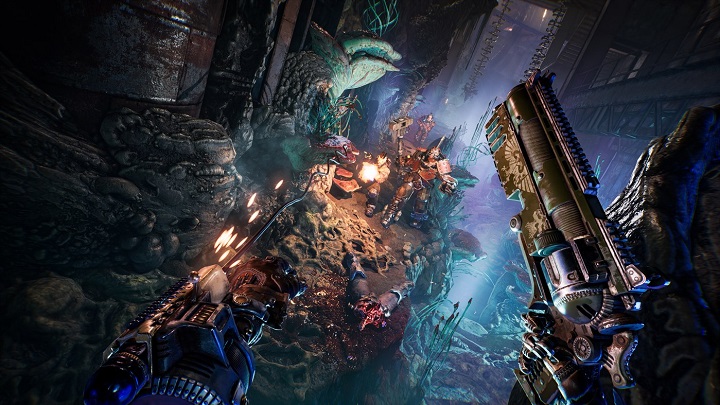