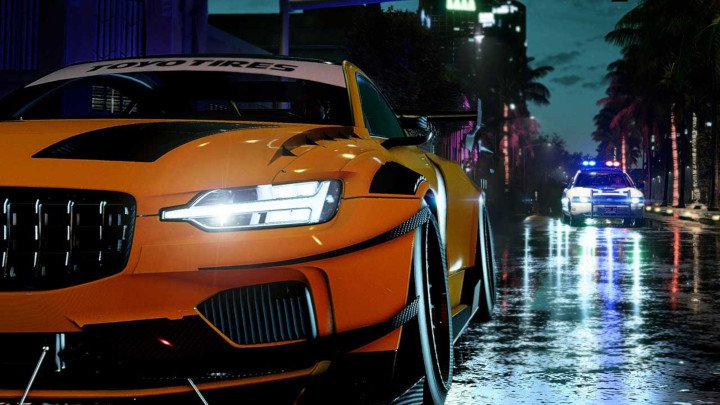 NFS: Heat will hit the store shelves in November.
NFS: HEAT IN A NUTSHELL:

We are only three weeks away from the launch of Need for Speed: Heat, the latest installment of the popular racing game series by Electronic Arts. The waiting for the title should be made even more pleasant by the release of two extensive video materials.

The first one was shared by IGN and offers 13 minutes of gameplay. The second one, published by VG247, lasts 10 minutes. Both videos were recorded in 4K resolution. We can see there, among others, night races and escape from a police pursuit. There were also cut-scenes and daytime driving. The videos look very nice when it comes to visuals, but the fact that the streets of the city are unnaturally empty in both gameplays is a cause for concern.

Let's recall that Need for Speed: Heat is coming to PC, Xbox One and PlayStation 4, with its release scheduled for November 8, this year.

A few days ago, the devs boasted that Need for Speed: Heat has reached gone gold. This means that the work on the project has been completed and the final version of the game discs has been sent to the press. We do not therefore need to fear that production will suffer a delay.

Finally, it is worth mentioning that the hardware requirements of the PC version of Need for Speed: Heat are to be revealed this week.