The Stellaris franchise, present on PC since 2016 (and from February 2019 - also on desktop consoles), has a new installment. Stellaris: Galaxy Command, a game designed for iOS and Android mobile devices, which will be distributed in a free-to-play model. The game's publisher, Paradox Interactive, has already made it available to players from Sweden, Canada, Australia and New Zealand under the so-called "soft launch"; others willing to check it can use the global pre-registration and wait for its release, the date of which is not yet known. The title has been given a short trailer; a large portion of concrete information on the subject has also been revealed.

In Stellaris: Galaxy Command, on behalf of the United Nations, we are engaged in the "reconstruction of a galactic civilization". Despite the fact that game draws in spades from the original, it adds a lot innovations; new systems of trade, ethics and politics have been added to the list of novelties.

With "thousands of players" taking part, the game takes place in a vast galaxy full of planetary systems waiting to be explored. Although the game begins with one modest space station, with time we expand our sphere of influence, and our shoulders begin to bear more and more responsibilities. We will have to deal with diplomacy, economiy, concquering of new territories, colonizing planets and defending our possessions, acquiring raw materials and producing various goods, and finally trade (which can be automated) and wars (both "cold" and very real, and victory can be won not just with brutal power, but also economic dominations).

Battles take place in real time and we lead units we design ourselves; over time we can improve them by increasing their combat potential. Of course, we are not condemned to a lonely struggle for influence with other players. Nothing stands in the way of joining one of the alliances or becoming a leader of one's own. When making various decisions, bear in mind their far-reaching consequences. 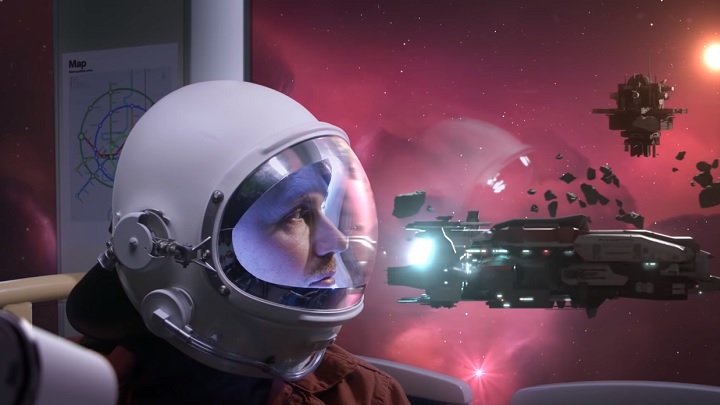 The ambition of Stellaris: Galaxy Command is to make the player feel like a space fleet commander at any time.
gramynawynos.plfree-to-play Paradox Interactive trailers (games) space strategies mobile strategies ANDiOS