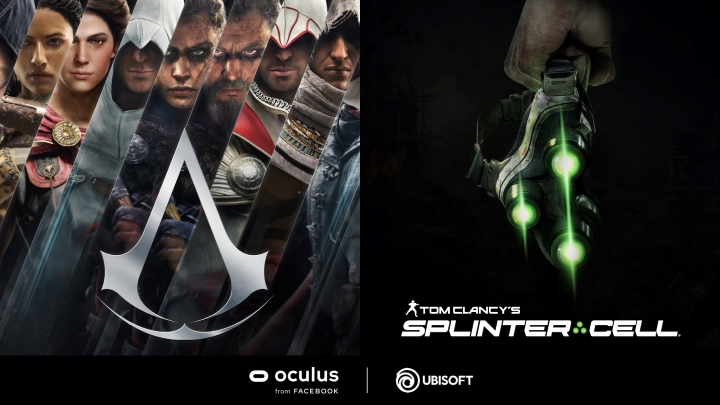 Assassins and Splinter Cell are heading for a new platform.

On the online conference organized by Facebook, Elizabeth Loverso, representative of Ubisoft, announced the creation of 2 titles aimed at a VR platform. These will be games using the Assassin's Creed and Splinter Cell universes .

Both titles are being developed by a Red Storm branch, whose main area of activity so far has been games signed by Tom Clancy. However, the studio has experience in working with virtual reality. It was the studio that created Werewolves Within and Star Trek: Bridge Crew.

No details such as release dates were provided or any gameplay material was presented. Ubisoft focused on telling what the company and VR games have in common. It was only indicated that the games will be exclusive titles for the Oculus platforms.

The announcement of the games coincided with the official announcement of Oculus Quest 2. Although rumors about the device have been circulating for a long time, fans have now received a confirmation. Pre-orders for both models can now be placed. The cost of the cheaper one, with 64 GB of memory, is $299. And the more expensive one, equipped with 256 GB, will cost a hundred dollars ,pre. The launch of the sets will take place on October 13. Compared to the previous Quest, the new Oculus will be 68 grams lighter. The new feature also includes a mechanism for adjusting the lenses, which will now be set in three different ways. According to VR Focus, all games that players have accumulated in their Oculus libraries will be compatible with the new model.

Does VR and related titles have a future? As we can see, more and more corporations are interested in releasing their products on virtual reality platforms. And you? What do you think about Oculus and similar hardware?