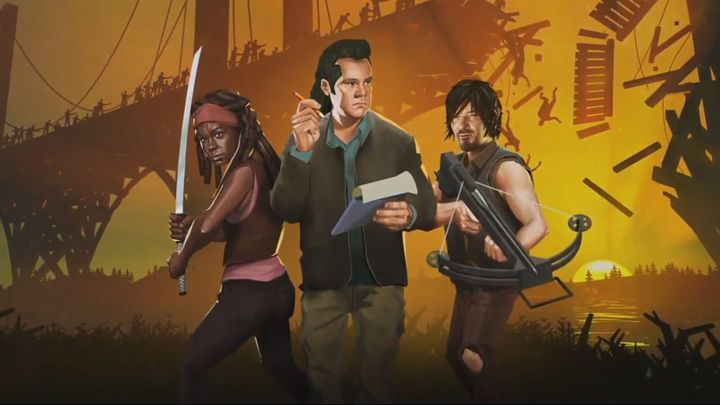 The poster features characters known from the iconic series.

Austrian studio Clockstone Software announced the next installment of the Bridge Constructor series, a puzzle game based on building a bridge as wisely as possible, taking into account safety rules and budget restrictions. The title will differ from its predecessors in that its action will take place in the universe of The Walking Dead (i.e. Robert Kirkman's graphic novel series based on which many games and TV series were developed). The game will launch on 2020 on PC, PS4, Xbox One, Switch, Android and iOS mobile phones.