The full version of Godfall's teaser trailer (available below) has appeared on the web, albeit still unofficially. The material provided by the removed account on Reddit presents an old version of the game (i.e. from a year ago), which wasn't supposed to see the light of day, and is also not one of the longest, but shows much more than the previous one. The video shows a variety of locations and, above all, even more enemies we will face in the upcoming title from Counterplay Games. 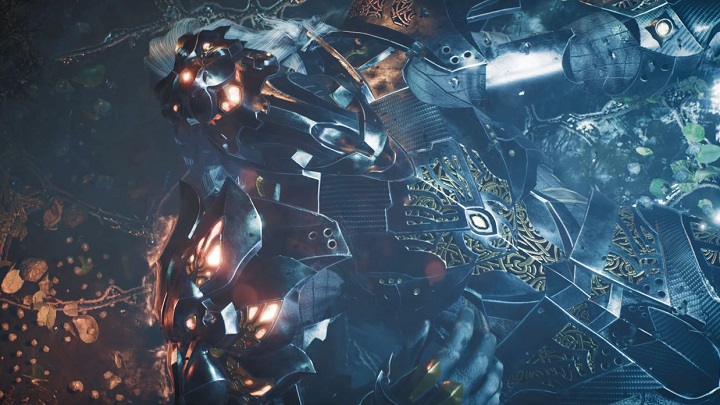 The creators of Godfall do not spoil us with information about the game.

Godfall, a "looter slasher" game announced last month, has just got a small gameplay teaser. Unfortunately, it's not official. The video shared by Reddit user YeaQuarterDongIng is allegedly a fragment of an unpublished trailer. The clip consists of several short battle scenes and lasts only six seconds. You can watch it below.

Such a short material is definitely not enough to make even a preliminary opinion on the game. It should also be noted that we have no confirmation that this is an authentic gameplay from Godfall. However, stylistically, this fits in with existing material, including an animated image uploaded by PlayStation Lifestyle right after the game's announcement. The gameplay seems to be as dynamic and spectacular as in the Borderlands series, except that, according to the genre name "looter slasher" promoted by the publisher, instead of shooting we have hand-to-hand combat, and the weaponry consists not of pistols or rifles, but swords, axes, lances, etc. However, what exactly Godfall will offer, we will only find out when the official information is released in the following months. The game will debut at the end of the year on PC and PlayStation 5.