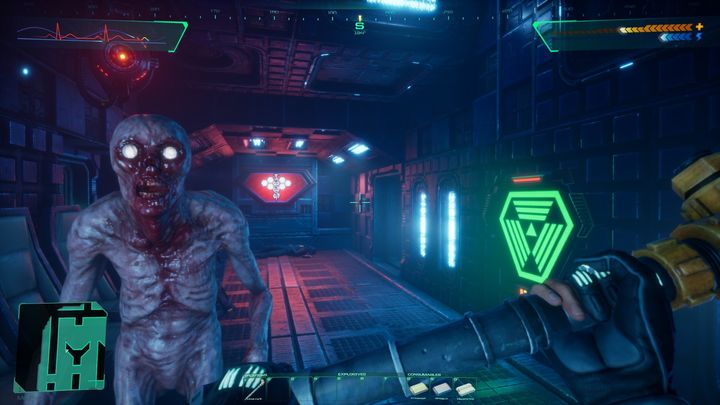 An extensive gameplay from Shock System - a remake of the iconic FPS from 1994, currently developed by Nightdive Studios, appeared on the web. The material comes from the current version of the game (it is dated January 14 - considering the title of the video it is most likely the same build that was temporarily released as a demo in December), it lasts almost 1.5 hours and is commented by several developers.

In the video we see virtually all the key elements of the game, such as exploration, combat or puzzle solving. We can also evaluate the user interface, HUD - interestingly, the creators took care to provide the option to change their color - and the atmosphere and visuals of the game. The whole thing looks quite decent, but at the same time it's hard to get rid of the impression of bplaying a low-budget game (although it's worth remembering that work on the game is still on-going and many things may change).

It is worth recalling that the remake of System Shock is being developed from 2015 (at least that's when it was announced). Due to some problems during the development, the game almost ended up in a basket that says "vaporware", i.e. games that have never been developed, but it looks like it will eventually launch. The title is due to debut this year on PC, PlayStation 4 and Xbox One.