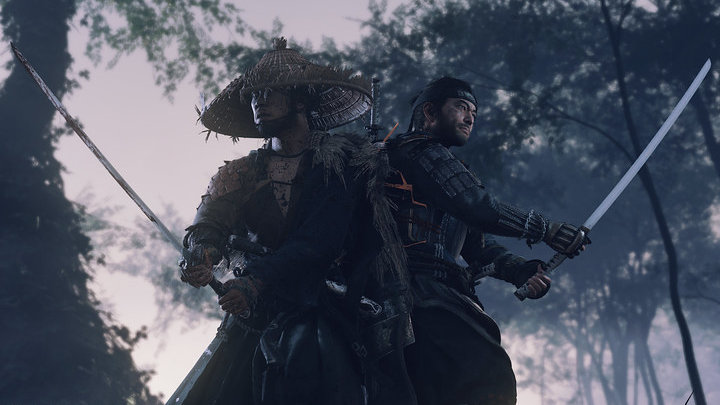 The presentation of Ghost of Tsushima during State of Play intrigued the players.

To celebrate the Ghost of Tsushima presentation during May 14's State of Play, the PlayStation blog held a Q&A session on Twitter with the developers of the upcoming title. Nate Fox and Jason Connell from Sucker Punch answered the questions of the fans, dispelling some doubts about the new work of the creators of inFamous and Sly Cooper.

The basic weapon of Jin, the main character of Ghost of Tsushima, will be a family heirloom sword that will accompany him throughout the game. Additionally, the protagonist will be able to use two types of bows (short and long), smoke bombs and kunai. We won't see axes, spears or fighting with two swords. Instead, we will be able to improve our katana, which will affect not only its statistics, but also appearance.

During the sword fight, players will not be able to aim at specific parts of the body. Jin's goal is to defeat the enemy as quickly as possible with all available means, and not to torture them by cutting off their limbs.

At the beginning of the game Jin will be able to choose a horse to accompany him until the end of the adventure. Riding and hiking will be the only way to move around the game map. Although there will be ships in Ghost of Tsushima, we will not be able to use them.

During his journey, Jin will meet many side characters, for whom he will be able to carry out optional missions and visit towns where he can replenish his supplies. There will be no karma system in the game. Jin's decisions won't be clearly good or bad, nor will they dictate the way of plays (as was the case with the inFamous series).

In the game we will see variable weather conditions, as well as a dynami day-and-night cycle. We will also be able to hunt animals, but only aggressive ones.

Difficulty level and length of the game

Ghost of Tsushima will have three levels of difficulty - easy, medium and difficult. At the highest level, the Mongols will be more aggressive, and the player will have to show more precision when executing moves in battle. The easy level has been created for those who value story and exploration more than challenges in the game.

Although the devs have already spoken about the length of the game, the question was once again asked during the Q&A. Nate Fox does not want to give specific numbers, but he assures that it took most testers more than a week to get through the main storyline of the campaign.