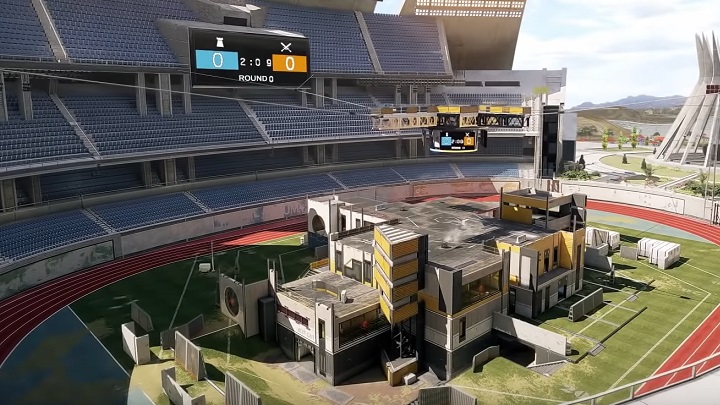 The new map enables you to check out all operators available in the game.

There's no denying that Tom Clancy's Rainbow Six: Siege remains in the shadow of giants like League of Legends or Counter-Strike. Nevertheless, Ubisoft is making efforts to promote the announced Six Invitational 2020 world championship, as evidenced by Road to S.I. 2020, which is this year's edition of the game event focused on the upcoming tournament. Until February 16, during every "weekend" (period between Thursday to Sunday, according to the devs) we will be able to prove ourselves in battle in the great Stadium in the Bomb mode. While the games will not be ranked, it will use ranked rules. Most importantly, however, the map will enable us to play with each of the 52 operators, even if they are not unlocked in the game. The stadium will only be available until the end of Road to S.I. 2020, the last day of Six Invitational 2020, February 16.

In addition, Ubisoft has prepared a special pass with two paths of progress: free and paid. Both will be divided into 35 levels and will enable us to get a total of 50 unique items. For the latter, we will have to spend 1200 R6 credits, for which we will also get a Brightness skin for Sledge. There's also a premium package for 2400 credits that automatically unlocks the first 12 levels of the pass, as well as special skins for Hibana and Caveira. In addition, season four pass holders receive a 30% discount on all Road to S.I. 2020-related content and a battle point bonus. It should be added that 30% of the revenue from the event will be used to increase the Six Invitational 2020 prize pool.