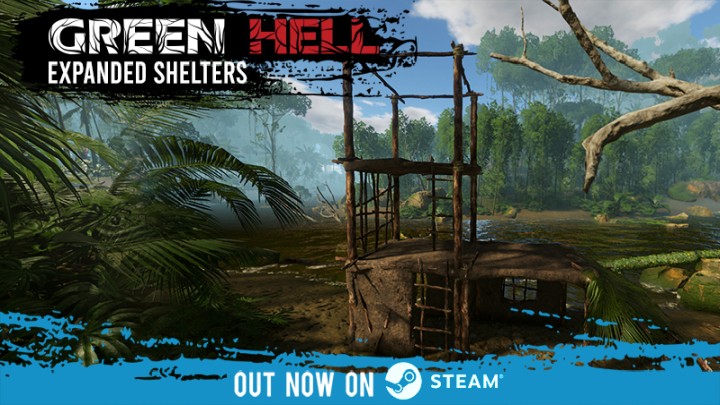 Green Hell is still being developed by the creators.

A few months ago we reported that the survival game Green Hell met the financial expectations of the Polish studio Creepy Jar, achieving good sales results. It seems that the devs are still managing to maintain the interest of Steam users, because since then another tens of thousands of copies of the game have been distributed and at the same time it has landed on wishlists of over 610 thousand players. In total, the title sold over 360,000 copies in Valve's store.

This result has been achieved since August 29, 2018, when Green Hell debuted in Steam early access. Apparently, further development of the title, including regular addition of new content and features, pays off for the creators. The recent update has introduced greater possibilities of camp expansion, and the long-awaited cooperation mode is also on its way.

Green Hell was released exclusively on PC. There are plans to release versions for PlayStation 4, Xbox One and Nintendo Switch, but no new details have been revealed so far.