As was recently revealed, the new PS5 model will feature a smaller cooling system with a different heatsink. According to HardwareBusters' report, the solution used in the refreshed version of the PS5 works better than the one installed in the original model. While the modified cooling system has been tested and found to be inferior to that of the original PS5, the latest tests have shown that the new system may yet perform better than its predecessor.

HardwareBusters, via Igor's Lab, compared the first PS5 to the newer version, which, despite having a smaller cooling system, performed better. The tests took into account measurements of external temperatures and SoC/VRM/VRAM temperatures in relevant benchmarks.

As it turned out, the CPU temperature in the original version of the PS5 was 51.51 degrees Celsius, and in the console model with a smaller cooling system it was over 10 degrees less (40.08 degrees Celsius).

However, lower CPU temperature affected other components. An increase of 8 degrees Celsius was noted on the new VRAM (from 40.88 to 48.20 degrees Celsius). The power supply modules also showed a difference - the original PS5 measured 44.97 degrees Celsius, while the refreshed model - 46.32. 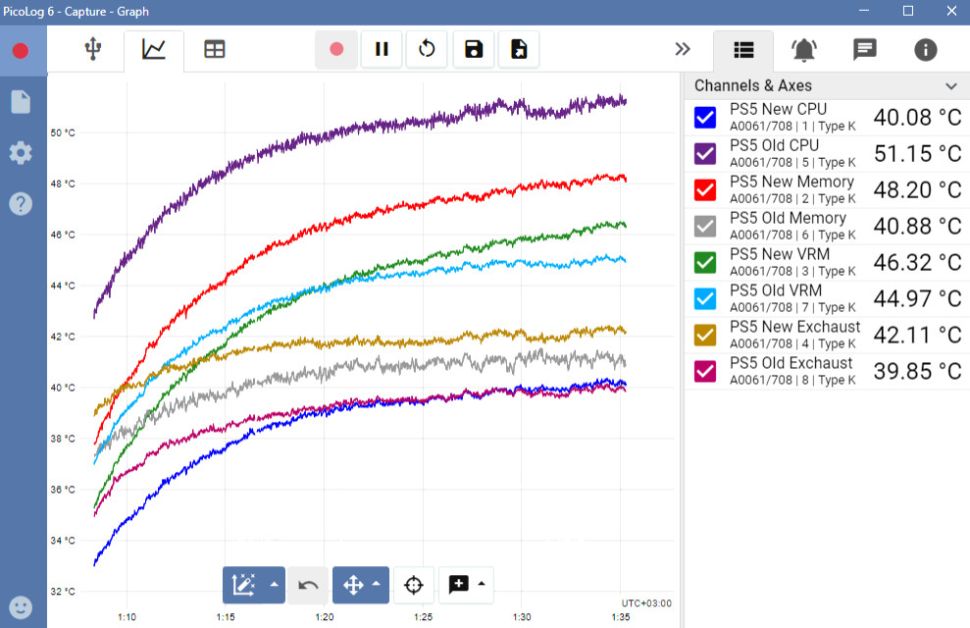 The temperature of the air leaving the PS5 chassis was similar between the two models.. In the refreshed model of the console it was 42.11 degrees Celsius, while in the existing model it was 39.85. The tests also show that the new variant of the PS5 is to operate 1 decibel louder than the older.

It's worth noting that all these changes won't have a major impact on the gameplay, so users of the older version of the console shouldn't feel disadvantaged by the release of the refreshed model. Sony is just making another attempt to reduce the production costs. Despite initial concerns, the latest figures show that this should not be at the expense of the console's work culture.