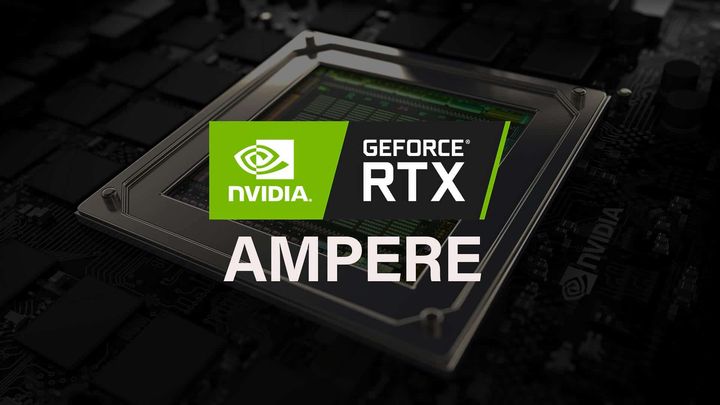 The Ampere GPU will be in the hands of customers in a few months.

TweakTown reports that new Nvidia graphics cards - more specifically GeForce RTX 3080 and 3070 - may be announced in August this year. The launch is expected to take place around September or October, this year (most likely along with Computex 2020, which has recently been moved to the end of September).

In such a scenario, Ampere chipsets would reach customers shortly before the appearance of next gen consoles in stores (we remind that these will debut at the end of the year), but first, we should expect Quadro cards (dedicated to professional applications), and only then the GeForce models. We wrote about the possible specs of these GPUs in one of our previous news.

Originally, GPU from the Ampere family were to be presented at the GPU Technology Conference, an annual event organized by Nvidia. However, plans were changed due to the coronavirus threat and some experts feared whether the hardware would actually hit the stores before the end of this year. It seems that these concerns were premature.

It is also worth noting, that according to the sources of Bloomberg's journalist, the situation related to the coronavirus epidemic has not affected Nvidia - on the contrary, the company is doing quite well because people are now playing more than ever before (the company claims that the average number of hours spent on indulging in this hobby among the users of its devices has increased by 50%) and they need appropriate components for this. The company hasn't changed its forecasts from February 13, and still expects revenue of 3 billion dollars in the current quarter - 35% more than in the same period last year.

Finally, it's worth recalling, that the information about a possible release date for Ampere cards is unofficial - it seems likely, but approach it with caution.