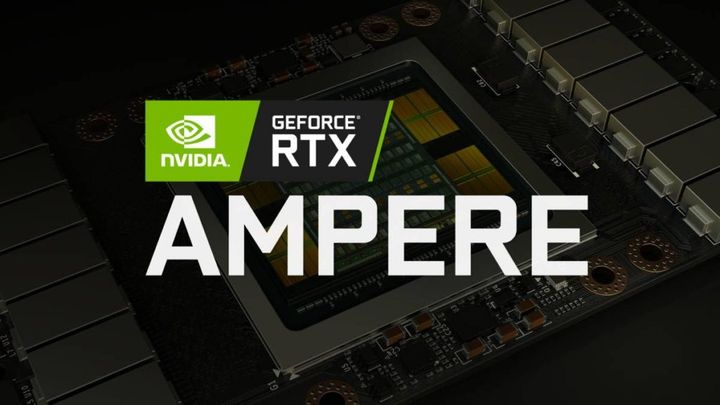 There is a lot of new information on the next generation of Nvidia graphics cards based on the Ampere architecture. It seems that, contrary to previous rumors, they will be based on Samsung's 10 nm production process (so called 8LPP, in practice it is a lithography closer to 8 nm), and not 7 nm EUV (Extreme Ultraviolet Litography) of the same company or 7 nm from TSMC (via Wccftech).

The chipsets are to offer solid performance (the difference between the top Ampere GPU and GeForce RTX 2080 Ti is to be up to 40%). In addition to greater ray tracing and shading capabilities, we can expect major improvements in ray tracing and Tensor core handling - moreover, Nvidia is said to be focusing on these aspects. It is worth noting that hardware acceleration of ray tracing is to be available in all next-gen chipsets.

Interestingly, it is possible that only GPUs based on the strongest chipset - GA102 - will support SLI.

According to earlier information, TSMC will produce most of the Nvidia graphics cards manufactured in 7nm lithography. However, it can't be ruled out that this refers to the so-called HPC chips (models dedicated for specialist use, e.g. graphic designers, about which we wrote recently). If we believe the current rumors, the next GeForce series GPUs - designed for gamers - will be products manufactured in other factories and based on a different production process.

According to recent reports, the premiere of Ampere chipsets may take place in the fourth quarter of this year. Unfortunately, it cannot be ruled out that there will be delays - Nvidia was forced to cancel their annual GTC conference due to coronavirus and will limit itself to press releases (it was initially planned to replace the event with an online event, but its preparation also proved to be too much of a threat to workers' health).