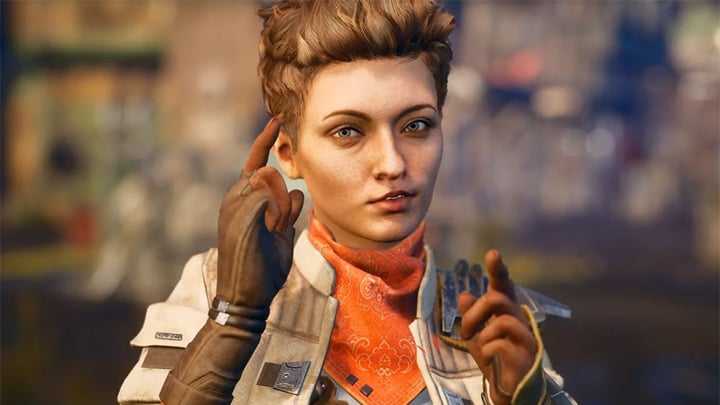 The Outer Worlds will debut this year.
THE OUTER WORLDS IN A NUTSHELL:

Obsidian Entertainment CEO Feargus Urquhart recently gave an interview to Game Informer. The main topic was the studio's upcoming RPG, The Outer Worlds, but the most interesting fragments were about the team's future plans.

We learned that although most of the studio is currently working on The Outer Worlds, there are three other, smaller teams in Obsidian Entertainment working simultaneously. One of them is working on Pillars of Eternity II: Deadfire. No specifics were given, but we assume that this team focuses on patches for PC the PC version and help Red Cerberus in porting the game to PlayStation 4, Xbox One and Nintendo Switch.

The other two small teams deal with unannounced projects. It is possible that one of them is the continuation of The Outer Worlds. According to Urquhart, the world created for this game is so intriguing that the players will want to come back to it and the setting is able to accommodate many future stories.

Interestingly, Feargus Urquhart was not ready to answer who owns the IP rights for The Outer Worlds. The situation is complicated by the fact that in November last year Obsidian Entertainment was taken over by Microsoft, which would most probably like the possible sequel not to appear on the competitors' consoles.

Let's remind that The Outer Worlds is coming to PC, Xbox One and PlayStation 4. The game will be released this year. According to the latest rumours, the release may take place on August 6.