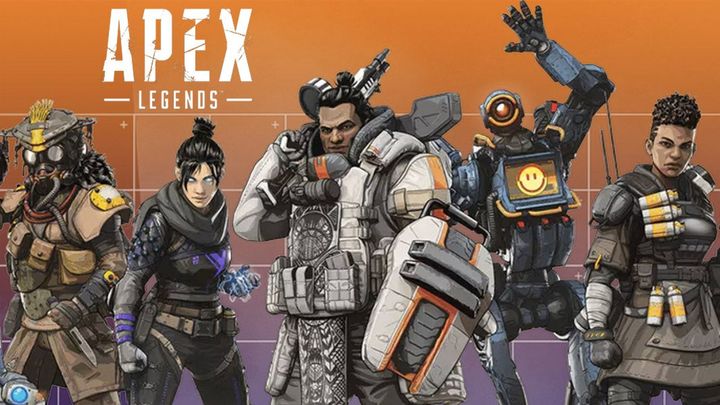 An intriguing picture appeared on Instagram, which suggests that the first new character in Apex Legends will be Octane - High Speed Daredevil. For the time being, the information remains a rumor - it was not confirmed by the developers from the Respawn Entertainment studio, and its source is the profile of a little known user childz_pl4y. The leak, however, is confirmed by the fact that the Battle Pass tab can also be seen on the screenshot - it's related to the season pass, which is to be introduced to the game in March.

The hero is to have a passive health regeneration ability when not injured, and an adrenaline syringe that would allow them to increase their movement speed by 30% for 6 seconds. The gadget is also supposed to make the hero resistant to slow down effects, but to use it, we have to pay a price - 10% of our health. Octane's Ultimate-class ability is to be deployable platform, which would enable very high jumps. 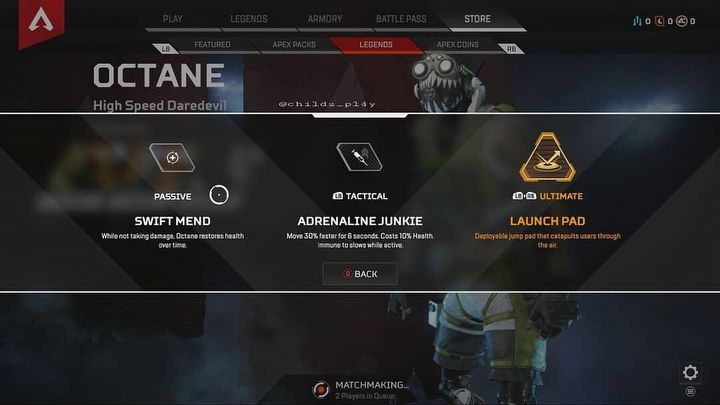 We would like to remind you that Apex Legends debuted on February 4 on PC, PlayStation 4 and Xbox One. The game turned out to be a great success for the creators and publisher - it gathered great reviews and quickly attracted tens of millions of players. The title also beats popularity records on the Twitch platform.