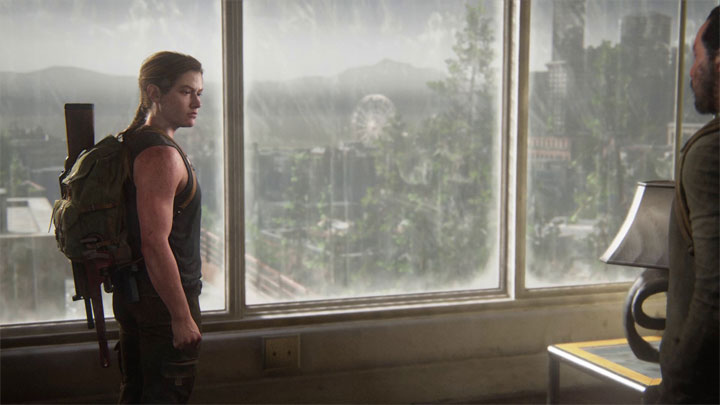 The original intention of the creators was very different from what the players eventually got into their hands.

The Last of Us: Part II had a long development cycle, so it's no wonder that many ideas were abandoned or changed during the process. The creative director of the project, Neil Druckmann, revealed some of them in IGN Podcast Beyond! It turns out that initially the main story campaign of Last of Us 2 was to offer a series of open world locations.

The rest of the news is full of information about the key events of The Last of Us: Part 2. If you do not like spoilers, we advise you to finish reading here.

Druckmann's words reveal image of a game that is very different from what we eventually got. The campaign was to start with Abby's segment. After being rescued by Joel and Tommy, she would spend some time in Jackson, which would be the first open-world hub. Initially, the identity of the heroine would be a mystery and would only be revealed after some time, after a series of main missions. Doubts would start appear in Abby about her plans, but eventually she would kill Joel.

After this event, the players would take control of Ellie, who would go to Seattle in search of revenge. This city was to be a second open-world hub, and the player's job would be to find and kill all those involved in Joel's death.

So the basic themes of the plot remained the same, but the structure of the campaign changed a lot. The devs abandoned open-world structure and decided on a more linear gameplay, similar to other Naughty Dog games.

As Neil Druckmann explains, open worlds did not fit the story he wanted to tell. The decision to change the structure of the campaign was helped by scriptwriter Halley Gross joining the team, thanks to whom the main plot concepts of The Last of Us: Part II were clarified. One of the fruits of this was also moving Joel's death to earlier fragments of the story.

The Last of Us 2 debuted on June 19 this year and is only available on PlayStation 4. The game was warmly welcomed by the trade press. Om Metacritic, the game has an average rating of 94%. Our editor was even more impressed by the project, giving it 10/10, while the opinions of the players themselves are highly polarized.