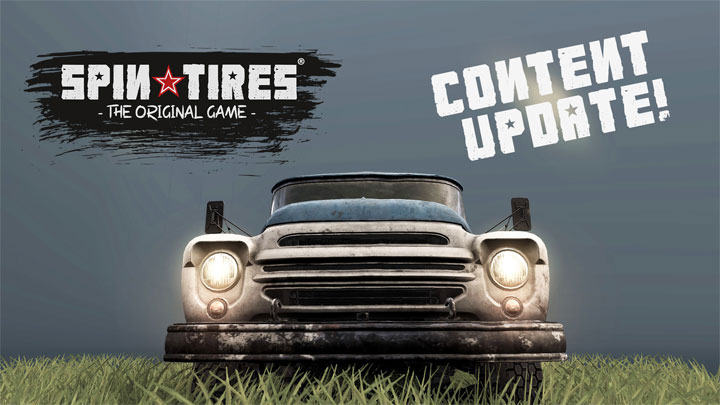 Despite being over five years old, Spintires continues to grow.
SPINTIRES IN A NUTSHELL:

Oovee Game Studios has released Update 1.3.3 for the offroad simulator Spintires. The patch offers a lot of new content, which is commendable as the game celebrated its fifth birthday in June. What's more, the devs are planning further patches of this type.

The update introduces one new truck (B-130) and restores two that were cut earlier (B-131 and C-4310). Graphic design has also been upgraded to improve all terrain textures and the appearance of water. The colour scheme has also been changed to make it more realistic and reduce the intensity of many effects such as depth of field of vision and fog. In addition, the nights are now brighter. 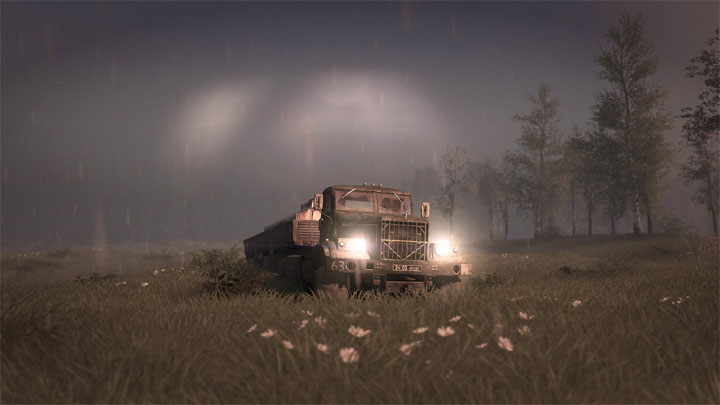 Patch introduces, among other things, a system of dynamic weather.

Update 1.3.3 also added a dynamic weather system to the game, including strong winds and rains. This does not change the gameplay for the time being, but the devs are working on improvements that will make the rainfall affect the mud and thus the behavior of the truck. There are also plans to introduce the effect of a wet car body and a view of drops reflecting off hard surfaces.

The patch also improves the sound system and adds a free camera mode, especially useful for fans of creating maps and screenshots. There were also some bug fixes. In addition, the devs have revealed that there are plans for further updates and a free DLC supplement with new content, which will be announced this month.

Spintires was released in 2014 and is available only on PC. Studio Oovee then licensed the game to Focus Home Interactive, allowing the team at Saber Interactive to develop Spintires: MudRunner for the publisher, and is now working on MudRunner 2.