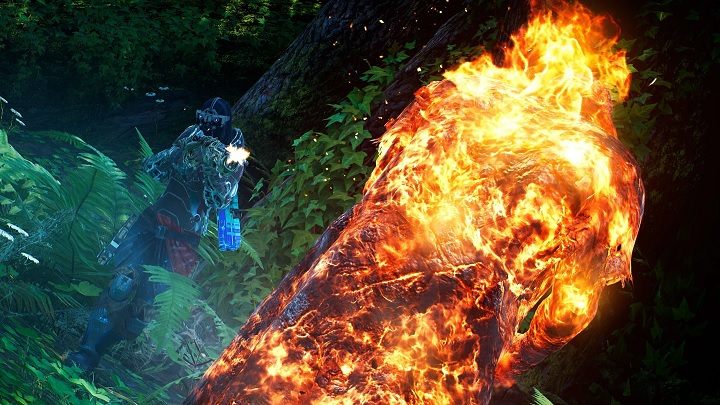 As you can see, things look hot on the planet Enoch.
IN A NUTSHELL:

Polish studio People Can Fly has released the first video from the Outriders Broadcast series. As the title suggests, the series is devoted to the team's latest game, Outriders; it's a science fiction shooter with RPG elements, which will be released at the end of 2020 on PC and current/next-gen consoles. The first video is called Built for the Core, and it enables us to take a look at new locations, see the Trickster class in action, and learn more about, among other things, difficulty levels and interface personalization options.

The presented gameplay starts in First City, a metropolis founded by the colonists after landing on the planet Enoch. The location has seen better times, and monsters called perforo are roaming its devastated buildings. The smallest of them do not pose too great a threat to us if they are alone, but their strength lies in numbers. Larger specimens, on the other hand, can make life very hard even for an experienced soldier.

Speaking of making life difficult, let's take a closer look at available diffculty levels, which are called world levels here. These are unlocked as we progress by earning special points and can be freely changed during the game. The rule is simple - the higher the level of our world, the better rewards we get. We can also adjust the interface to our own preferences, making it absolutely minimalistic or, on the contrary, have it provide us with a full spectrum of information. 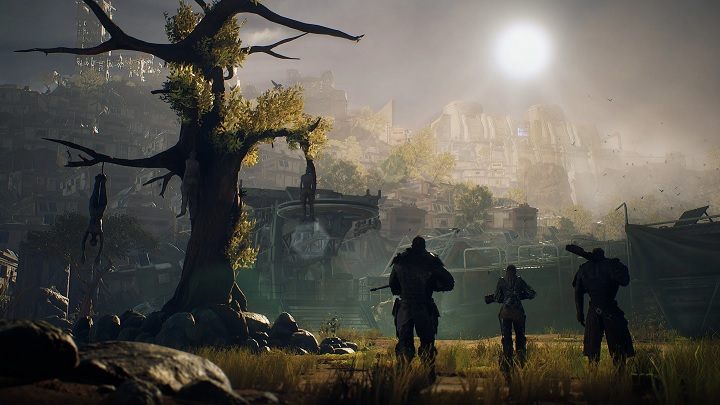 Although the planet Enoch is sometimes nice, it is not a friendly place...

Further, the devs have decided to take a closer look at the Trickster class, which can manipulate space-time. Interestingly, although the class is described as a covert killer, nothing stands in the way of making such a character a tank thanks to the class' extensive skill tree.

The video is crowned by a short Q&A session which shows that Outriders will not be a live service game and we will not find any microtransactions in it. Moreover, the title will not use Denuvo anti-piracy protection. As a curiosity it should be added that so far the devs have presented us fragments from the first hours of the story campaign; what's more, the studio is currently doing everything to "improve, refine and balance" its work.