This year Overwatch celebrated its third birthday and although it's not as popular as it was just after its release, Blizzard is still investing in the game. There is a chance that the result of recent work will be a Nintendo Switch version of the popular team-based shooter. What's all this speculation about? Well, a Switch case with Overwatch logo, produced by PowerA, appeared for a short while in Amazon's offer. What is important, according to the description preserved by the Internet users, it was officially licensed by both Blizzard and Nintendo.

Of course, it doesn't necessarily have to mean anything. It can simply be a gadget for a popular franchise. On the other hand, however, you wouldn't find such an official covers for any game completely unrelated to Switch. If we add to this the fact that Blizzard does not shy away from porting its titles to the Nintendo console (since November 2018 its owners can play Diablo III: Eternal Collection), it is very likely that soon we will see Overwatch there as well. 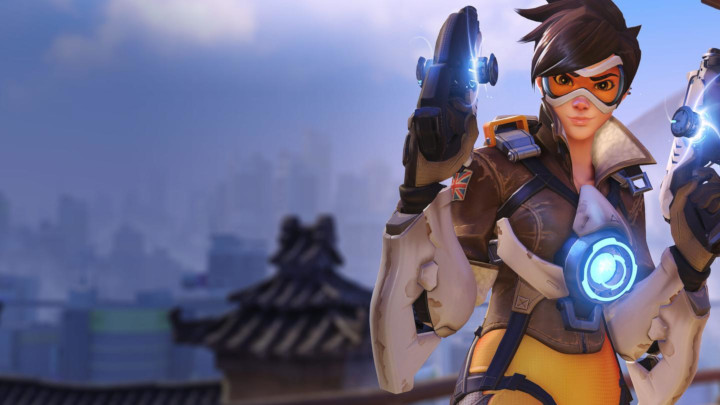 Porting Overwatch to Nintendo Switch shouldn't be an extremely difficult task. The console has already proved that it can handle even very demanding production, such as Wolfenstein II: The New Colossus or The Witcher 3: Wild Hunt. However, of course, some graphic compromises have to be taken into account.

The Nintendo Switch cover with Overwatch logo can mean another thing. Last Sunday on 4chan there was a leak related to a new character who is about to appear in Super Smash Bros. Ultimate. According to an anonymous source, it will be a woman for whom no fan of the title has asked for, and her debut is supposed to create a lot of confusion. If Nintendo decided to introduce Tracer as a form of announcement of the upcoming Overwatch port, then all the pieces would fit.

Overwatch is now available on PC, PlayStation 4 and Xbox One. Unfortunately, the title does not support cross play.