While Activision Blizzard has been the target of most allegations of employee abuse in recent months, similar reports have surfaced about Paradox Interactive, among others. An article in Svenska Dagbladet (via Eurogamer) reminded of the allegations against the company regarding the "culture of silence" among the devs of Stellaris, Crusader Kings, and other high-profile titles.

The Swedish editorial team interviewed anonymous former Paradox employees who had a lot to say about the publisher. The interviews shed light on the suspicions that arose after the publication of the results of a survey conducted in the company. From the looks of it, women are clearly treated worse than men at Paradox Interactive.

"Svenska Dagbladet" collected examples of dismissing comments made by female employees or asking them out of meetings without good reason (for example, in order to... delete unflattering comments about the company from an internal Slack channel), even if their words did not differ from those made by male colleagues. The newspaper quotes the following, very telling confession of a former Paradox developer:

"I have been to meetings where I'm the only woman in the room, and I say 'Hey, I really think we should go this direction, based on my experience', and someone looks at me, and they say, 'You know what, you're just here as a token hire. So I think you should be quiet about this.'" 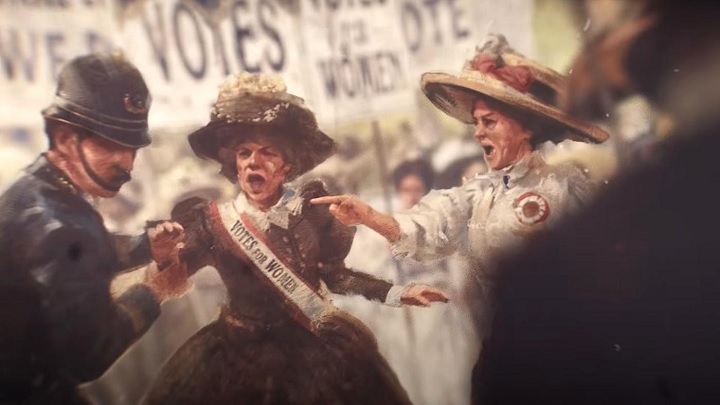 Former and current female employees of Paradox Interactive had much to say about the company's treatment of women.

This includes the abuse of women by men in higher positions. What's more, according to statements collected by "Svenska Dagbladet" and Eurogamer, reporting this type of abuse is practically impossible. All this is due to the tendency of middle management to cozy up to superiors, and thus reluctance to raise uncomfortable issues. In addition, a large part of the seemingly unquestionable cases of harassment is treated as normal behavior.

The crowning example of this - as one Swedish newspaper source called it - "culture of silence" was to be the case of a senior manager whom Paradox Interactive hired in 2017. Meanwhile, back in 2016, his former employer was forced to pay out 270,000 Swedish kronor in connection with accusations made against him by a former employee. This was because he was - as it reads - too "physical" when dealing with women. However, this did not stop him from starting work at Paradox a few months later; according to "Svenska Dagbladet" the man remained at the company until August 2021.

Marcus Hallberg, a representative of Paradox Interactive, took the floor in response to the newspaper's article. He stated that the company takes the recent employee survey (from which the whole issue began) seriously. However, due to the "limited sample of respondents" (allegedly representing less than 20% of the company's global workforce), the corporation doesn't want to take action without doing some more serious discernment. This includes commissioning an audit by an "independent external auditor."

Interestingly, the significance of this matter is not limited to people employed by Paradox Interactive. "Svenska Dagbladet" points out the small scale of the Swedish games industry, where, as one former Paradox employee put it, everyone knows each other. That's why, even after leaving the company, people don't want to give details about the misdeeds of their former superiors. This is because they fear that it will de facto reveal their identity to their new co-workers. For the same reasons and - again - the "culture of silence" all surveys are unreliable, because there is no assurance of their anonymity.

Glare Might be the New Mob in Minecraft; Minecraft Live 2021 Approaching [UPDATE: Allay and Copper Golem]