The final candidate for the new mob has been revealed. This time it is the Copper Golem, which looks almost exactly the same as its iron counterpart. The only visible visual difference is a different color, which over time will change from brown to light green. The reason for this is that in Minecraft copper undegoes oxidation. The creature's ability will be to press copper buttons, which, if this mob wins the vote, will also be added to the game.. It remains to be seen, however, if it will retain the same combat effectiveness as its predecessor. Unlike previous candidates we know that it will be possible to create him in a similar way as the iron golem. It will only be necessary to change the materials from iron to copper.

The second candidate for the new mob was introduced. It's name is Allay and it's a blue flying ghost. It's special activity is collecting objects lying around, which are the same as the one it is holding in it's hand at the moment.. The collected items will be thrown to the ground when the player uses the sound block (the mob will also start to dance). As in the case of the hero of yesterday's news, Glare, it's unknown how we'll find Allay in the game world. Probably in order to do this we will have to use the aforementioned sound block.

Currently, Mojang, the creators of Minecraft, is busy working on the second part of the update titled Caves and Cliffs. In the meantime, it wants to show off what it will tackle in the future. One of those things will be a new mob, which will be chosen by the community through a vote. This will most likely take place during the Minecraft Live 2021 event, scheduled to take place on Saturday, October 16.. Because of this, a video has been uploaded to the studio's official channel showing the first of the three candidates, called Glare.

This creature is a small green mob that in bright places shows off only its docile side. However, when it enters a darkened room, it becomes extremely grumpy. It thus informs the player that the location meets the requirements for enemies to spawn. Unfortunately, the conditions under which this creature can appear are unknown. However, looking at the video in which it is presented, we can see that Glare is staying underground, near a loot chest, a barrel, two racks of armor and a lamp made of redstone. In addition, a new environment can be seen in the background, which could mean a new underground structure (but not necessarily). 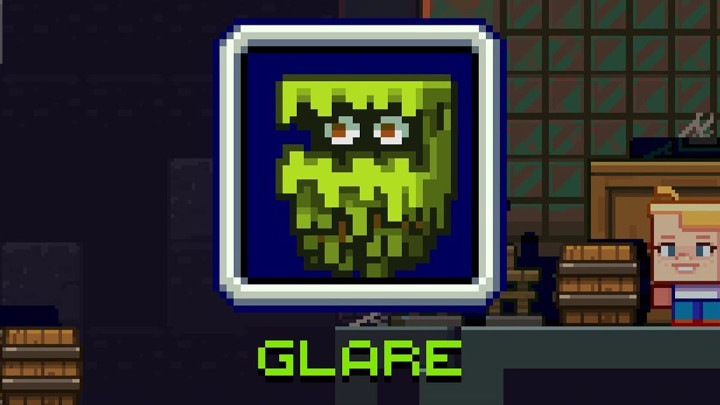 Keep in mind that this is only the the first of three candidate, which may mean that Mojang will surprise us with something even more interesting. Recall that a year ago the vote was won by a glowing squid in the caves. In addition, the creators have added - or are planning to add - all biomes from previous votes. Unfortunately, the same can't be said about the mobs that took further places. Currently, the priority for the developers is to complete the second part of Caves and Cliffs, which will take some time. For this reason, the introduction of a future winner may turn out to be a thing of distant future.

Discrimination and  Culture of Silence - Women on Working at Paradox Interactive