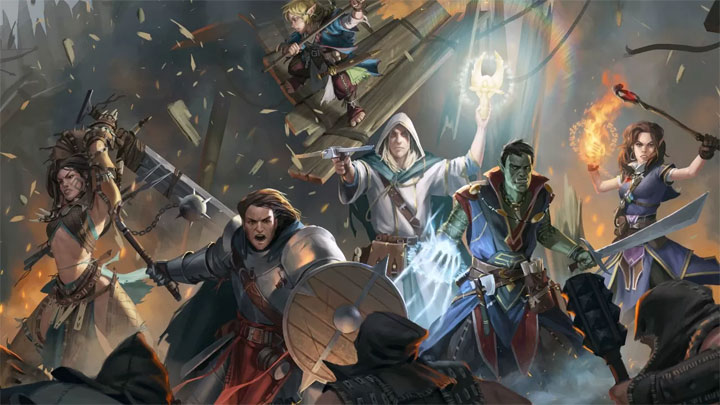 Mod provides a combat system that is more reminiscent of the table-top role-playing game on which Pathfinder: Kingmaker is based.

Last year's release of Pathfinder: Kingmaker was received quite warmly. Not all players, especially fans of the tabletop original, liked the fact that the battles were played in real time. Many people would prefer a turn-based system and with them in mind comes the modification entitled Turn-Based Combat.

The project was developed by Hsinyu. The latest version of the mod is marked with the number 0.9.20, so not everything is yet fully developed. Nevertheless, the modification already works well in action and rarely causes any serious problems during the game.

Thanks to the mod, the entire combat mechanics are converted to turn-based system. The sequence of movements is based on Initiative rolls. All in all, the project quite faithfully reproduces the principles of the paper prototype. The creator even adopted some of its elements, which were missing in Pathfinder: Kingmaker.

Mod installation is very simple. First install the Unity Mod Manager program. It will create a "mods" folder in the game directory, where you will need to extract the mod files. Then during the game the turn-based combat system is switched on with the ALT+T combination. When using it, it is strongly recommended to turn off the artificial intelligence of the team members.

Pathfinder: Kingmaker debuted in September last year, only on PC. Last month the production received a major update, which transformed it into the so-called Enhanced Edition.

There are plans to port the game to PlayStation 4, Xbox One and Nintendo Switch. These editions are due to debut later this year.