One day is all it took Owlcat Games to raise $300,000 on Kickstarter and fund the development of Pathfinder: Wrath of the Righteous. A week has passed since then, and the crowdfunding campaign for the sequel of the quite popular RPG from 2018 has reached another significant milestone. Over a million dollars has already been credited to the artists' account. An impressive amount, and it should be noted that the collection has not even reached its halfway point. There are 26 days left until it's over. 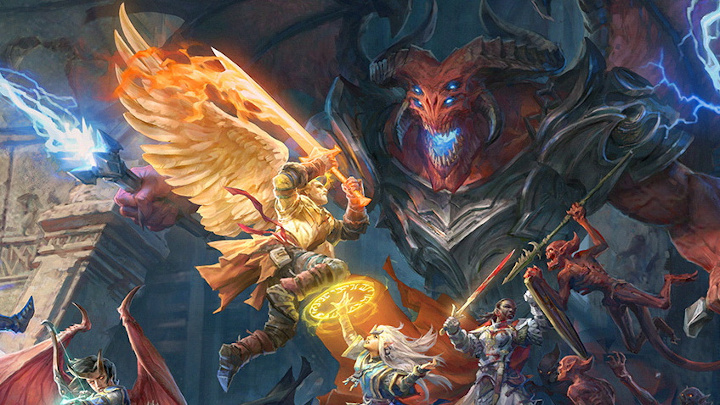 The new installment of the Pathfinder series is doing well on Kickstarter.

On the way to reaching the million dollar threshold, the players managed to unlock some interesting elements that the developers will implement in the game. This includes new classes, race, companion, mount fighting mechanics and evolving animal companions. Another stretch goal has already been achieved. It is to employ a symphony orchestra and choir to perform several major musical themes for the game. As we read in the official description, this will allow to better reflect the importance of certain events in which players will participate, namely the boss fights, for example.

So far, we do not know what the next stretch goal will be. But looking at its website on Kickstarter, the creators already have some plans. They'll probably announce it in the next few hours.

Pathfinder: Wrath of the Righteous is scheduled for release next June. The title is supposed to offer a game similar to the one known from Kingmaker, additionally enriched with a few novelties. These include new classes, mythical paths that allow our hero to enter a whole new level of power and an extensive strategic module. Looks like a real treat for the lovers of the first part is in the pipeline.