Wolcen: Lords of Mayhem was originally called Umbra - the change of title took place in March 2015, less than a month before the release in Steam Early Access. It was also then that the developers responsible for the arcade PC RPG decided to change the name of their studio, the game is developed by Wolcen Studio, former SolarFall Games.

The debut production of the French team emphasizes the narrative, featuring a storyline we can complete solo or in cooperation with friends. With today's official release, the isometric RPG will feature two acts of the campaign, continuing the themes presented in the first chapter. After completing the plot, the endgame mode called Champion of Stormfall will be unlocked. Thanks to it we will be able to return to the dark fantasy world and perform some already known missions on our own terms, which we will determine before the start of the task. All bonuses and item bonuses were also modernized. 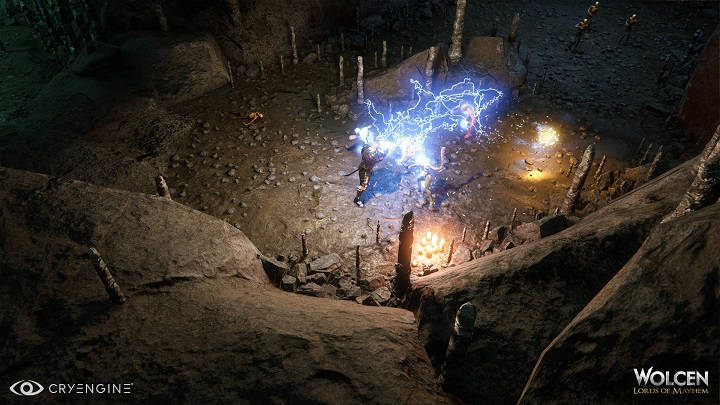 Wolcen: Lords of Mayhem has just come out of Early Access phase.

Taking this opportunity, Wolcen Studio has released a new trailer, reminding of today's launch. The footage presents several epic battles that we will have to fight while playing. It is worth noting the high quality of the visuals, which was achieved thanks to the capabilities of the CryEngine technology.

Let us remind that Wolcen: Lords of Mayhem was funded entirely by the community - the French studio raised over 400 thousand dollars for its project. This game can be purchased on Steam for $?29,99. The dynamic hack'n'slash was positively received by the community - with almost nine thousand players, 77% of which rated the game positively.

Besiege 1.0 is Just a Few Days Away

Pathfinder: Wrath of the Righteous Raises a Million Dollars on Kickstarter