Fans of Indiana Jones' adventures can now slowly get their computers ready. Pathway debuts today on Steam and GOG.com. The game is a turn-based strategy with RPG elements, developed by the developer team at Robotality, known for its Halfway. The title can't be bought yet, so we don't know its price. This option will be unlocked with the release. 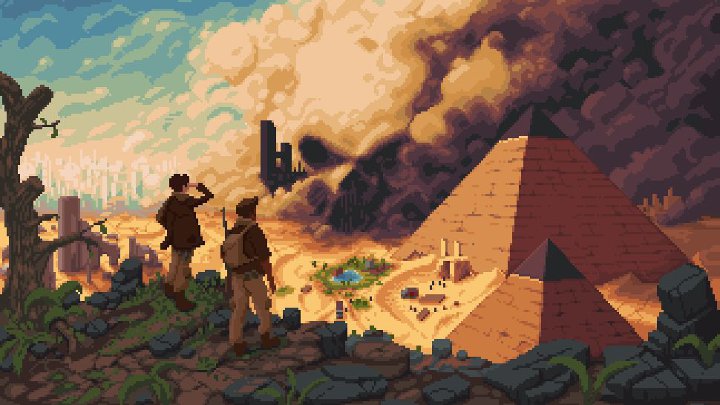 Egypt is a token destination for treasure hunters.

The action of Pathway takes place in 1936. A private group of collectors from Lankford & Co, controlled by the player, travels to North Africa to find powerful and mysterious artifacts. However, they are not the only ones to do so. The Third Reich is also on the trail of supernatural powers. Nazi Germany is primarily interested in the substance called Valkyrium-500, which is needed for the secret Valhalla Project. This sounds ominous enough, so there is nothing left for the adventurers to do but to thwart the evil plans of the Nazis. Along the way, they will visit deserts, bunkers and majestic temples. The game delivers all this and more in pixelart visuals. 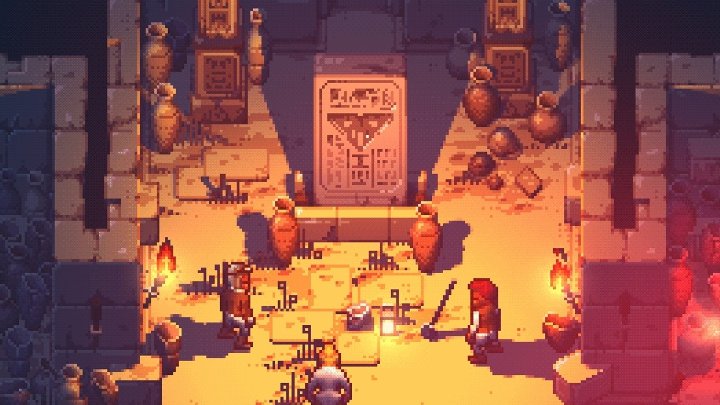 In Pathway we will visit a lot of different locations.

The first reviews of Pathway have already appeared on the web and they are very optimistic. Dann Sullivan from The Indie Game Website praises the length of the game (about 20 hours), the its atmosphere of adventure, emphasized above all by the sounds and music in the style of Indiana Jones movies, and a host of options for adjusting the difficulty level, so that everyone can start having fun without stress. Austin Suther from TechRaptor is impressed by how the team at Robotality managed to combine elements from different genres. He also liked the graphics, which he described as the best of its kind in recent years.

Finally, we provide Pathway's official hardware requirements. If someone is interested in buying a title, it is worth checking them out.