Call of Duty: Warzone has been on the market for almost a month now. Although this free battle royale FPS is very popular, it also arouses some controversy. The latest scandal is related to the Battle Pass. It is a special "pass" which, among other things, unlocks the possibility of obtaining special items along with in-game progress. In the basic version it costs 1000 CoD points, i.e. the in-game currency, which we gain during matches (in small amounts) or by spending real money (1100 coins cost 9.99 euro). Although theoretically the elements gained through the Battle Pass should be only cosmetic, it seems that the reality is quite different. Apparently, one of the skins being a part of the pass increases the effectiveness of the weapon for which it is intended. 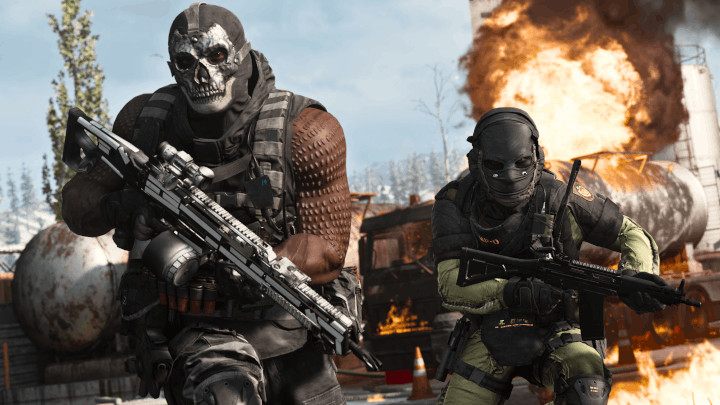 One seemingly small cosmetic element in Warzone caused a lot of commotion.

The weapon in question is the EBR-14 semi-automatic sniper rifle. In its basic version it's a pretty good weapon in its category, but it can't take down an opponent wearing three protection plates with a single headshot. However, Reddit users have noticed that if you use the EBR-14 with the Line Breaker skin, which can only be obtained through the Battle Pass, then one bullet to the head will be fatal. You can see it on this video recorded by user ChickenYug.

Of course, a storm exploded on Reddit. Some accuse the creators of quietly introducing a Pay2Win element into the game. Others try to keep the mood calm and note that it may just be a simple mistake that should be fixed in the near future. However, we'll find out soon whether this will actually happen.

Call of Duty: Warzone is a child of the Infinity Ward and Raven Software teams. The title is constantly being developed, expanded with new modes. In addition, the fight against cheaters continues. In less than a month the creators have tracked down and banned 50 thousand cheaters.

Captain Marvel 2 and Other MCU Movies With New Release Dates