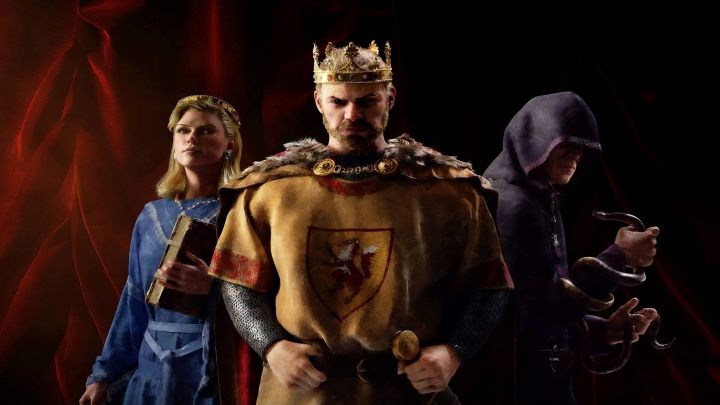 The potential for creating incredible stories in this game is infinite!

One Crusader Kings 3 player decided to share his achievement on Reddit. During the game, his goal was to eat the Pope. His entry is very popular, and Christopher Livingston - the editor of PC Gamer - decided to ask the player about the whole story.

What prompted user Zak7062 to eat the head of the church? Possible reformation of the pagan faith. As he pointed out, this was his favorite part of the fun in the previous installment of the series, which offered the achievement of "Holy Smoke" if we managed to sacrifice the head of a different religion when we played as Nords or Aztecs.

In CK3 the player took o the role of Halfdan, with whom he conquered successive kingdoms. Unfortunately, he soon had to say goodbye to his character and continue his adventure with his son, Ragnarr. After he united Britain, Zak had to fight off the crusade sent by the Pope. All the women in Ragnarr's family were quickly married off to pagan rulers and soon the dungeons were brimming Catholic prisoners. Then Ragnarr's son, Bjorn, sacrificed the captured Christians and began conquering holy places. Stress and the reformation of faith led Bjorn to adopt an "alternative" diet.

Cannibal Bjorn stopped another crusade and set off for Rome. After the city was ransacked, the player demanded the Pope to be handed over to him, and since the game allows cannibals to eat prisoners... well, Pope Gregory VI died eaten by Bjorn, son of Ragnarr, son of Halfdan. Thus, the ruler's stress ratio was reduced by 40 points. Although the meal proved difficult to digest and Bjorn fell ill after eating the clergyman (he had a 20% chance to do so), the crusades and a different faith were sufficient justification for this unsavoury act. As a result, the ruler was not considered a tyrant.

Zak admitted that it took him a hundred years in game and 15 hours of his life, but apparently he does not regret the time.

But it's not the only case of fans "fooling around". Let's Game It Out featured a video in which Josh, the channel's host, devotes the entire game to take revenge on a character who plagued his first king as a child.

Meawhile, The Spiffing Brit channel, known for its "IS A PERFECTLY BALANCED GAME WITH NO EXPLOITS" series, published its attempt to make money from divorces even before the game was released.

And you? What's your craziest story from Crusader Kings 3?