Players have been begging for/demanding (delete as appropriate) a 4th-gen Pokemon game remaster for years, just as they had for the previous three Gens. Only now, 7 years after the debut of Omega Ruby and Alpha Sapphire, we will return to the Sinnoh region in remakes of the diamond and pearl installment of the Pokemon series. Was it worth waiting so long? The answer is provided by newly available reviews of Brilliant Diamond i Shining Pearl.

While gamers all too often yearn for the return of their favorite games in modernized form, those dreams are usually intertwined with concerns about the quality of the refreshed versions. It's hardly surprising, as even the biggest publishers have misfires. The debut of GTA: The Trilogy - Definitive Edition is just the latest example in a long list of remasters and remakes which, according to fans, should've never seen the light of day.

Fortunately, in this case we can talk about at least a moderate success. Yes, Brilliant Diamond and Shining Pearl are far from being the perfect remakes, but they also do not bring Nintendo shame. At the time of writing, the average Metacritic score for both games hovered around 75-77/100 (Metascore based on over 25 texts).

It should be added that already on November 11 Nintendo released a "day one" update for both titles, although it did not introduce major changes except for fixing some bugs, activating selected online features and providing a special location with legendary Pokemon.

Pokemons with diamond and pearl, but without platinum

When it comes to problems with remakes or remasters, it usually comes down to three things: too much changes, lack of changes, and the technical condition. Game Freak has essentially managed to avoid all of these pits. Well, almost. One of the criticisms leveled against BP and SP is... being based on Pokemon Diamond and Pokemon Pearl.

On the surface, this sounds like a paradox, until we remember that - like many generations of Pokemon - the Sinnoh region received one more game: Pokemon Platinum. Like many similar "third" installments in each gen, it introduced quite a few changes, not only reshuffling the available attacks, but also in the story, virtual world and gameplay mechanics. Unfortunately, Game Freak ignored these improvements, and while it introduced some new ones, the lack of a more extensive story and the new Battle Frontier from the old Platinum will be a sore point for those who had the chance to play that game. 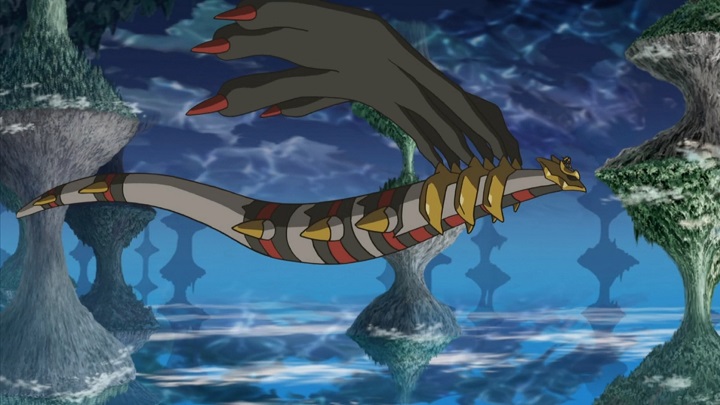 Game Freak didn't see fit to add improvements from the much better Pokemon Platinum (a frame from Pokémon: Giratina and the Sky Warrior).

It's also worth adding that not all elements will be available at launch. Nintendo's official website writes that only in later updates we will get, among other things, the ability to play over the Internet with more than one friend, the exchange system through the Global Wonder Station and support for the Coliseum with the so-called Link Battles (i.e. local multiplayer on separate devices).

Some reviewers also disliked another element: the graphic style. Simplified, sort of childish characters maintained in the so-called chibi style aroused the dislike of players from the first trailers. Some journalists got used to them, describing them as "charming" and referring to the retro spirit (read: visuals in two-dimensional Pokemon, including Diamond and Pearl).

However, others point out that these "cute" characters look much worse in close-ups. Fortunately, in battles we already have "normal" models, which other Pokemon games on Switch have accustomed us to.

Leaving aside the issues that are debatable or - as it seems - of little importance to people unfamiliar with the originals, BP and SP have received plenty of praise. After all, it's still Pokemon, addictive as ever, and the new features make the gameplay more enjoyable. We got a more developed underground system and a handful of improvements from later installments (including a partial resignation from the HM system - we still use them during exploration, but we don't need our own Pokémon). Of course, all this will not appeal to people who were not convinced by earlier installments. 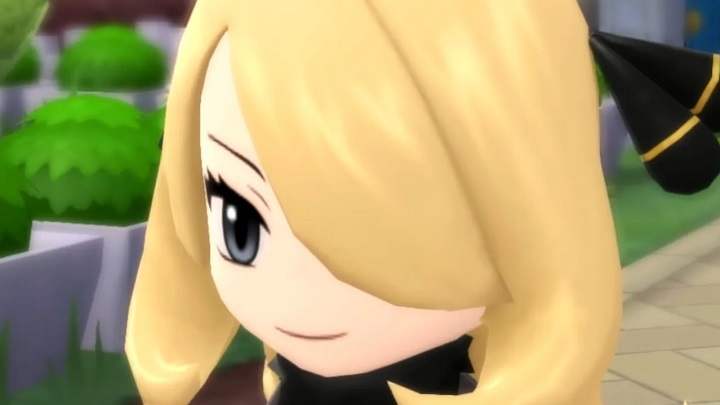 If the above image evokes feelings of dread (and PTSD) in you, you've probably played the original Pokemon Diamond, Pearl, or Platinum.

To sum up: Pokemon Brilliant Diamond / Shining Pearl are decent remakes and very playable games, although not as rich in changes as older fans of the series might have hoped. The lack of improvements from Platinum and the lack of major changes hurts, but as we all know, refreshed titles from years past can end up a lot, lot worse off. Of course, players digging through the game files (information from them leaked online some time ago) can find their own reasons to complain, such as this or that attack removed (or added) in their favorite Pokémon moveset (via Smogon forum).

We should remind you that this will not be our last visit to the Sinnoh region in the coming months. Fans craving for a breath of fresh air should be interested in Pokemon Legends: Arceus, which will debut on January 28, 2022. In the game we will not only get a completely new adventure (and significantly changed gameplay), but also go back to a very distant time.