The refreshed versions of the 4th-gen Pokémon games have proven to be very conservative (even too much so according to some). However, the new major installments in the series don't stop there. Friday will see the release of the very different Pokemon Legends: Arceus, which has already been reviewed by critics.

In a way, the "godly" installment of Pokemon differs from its predecessors in many ways. Suffice it to mention that Legends: Arceus does not offer online battles, which for years have been an integral part of the series. Yes, there have been Pokemon games without battles with other players, usually spin-offs like Pokemon Mystery Dungeon or Pokemon Snap, and the upcoming title is just spin-off. Nevertheless, it is a much more ambitious game, in terms of scale closer to Brilliant Diamond / Shining Pearl than typical Pokemon spin-offs. Here we can only trade creatures or play with friends in online or local co-op mode.

But does the game compensate for the lack of - seemingly - one of the most important elements of the series? If we are to believe the reviews, it does. Pokemon Legends: Arceus is a breath of fresh air for the series, and a great game, although not without issues.

The latter - apart from the lack of network battles - relate mainly to the technical side. Visually, the title looks better than the Sword/Shield duo and has no problem maintaining the promised 30 fps. At least near the player, because reviewers report that sometimes it is possible to witness the "stuttering" Pokémon in the distance.

There are also accusations against the visuals as such, because in terms of textures or even tree models Legends: Arceus comes out quite poorly in comparison with other high-budget games released on Nintendo Switch. On the other hand, the lack of voice actors in dialogues was considered a relic from the old days.

However, even rare technical issues did not spoil the journalists' adventure with the title. Pokemon Legends: Arceus captivates with exploration, neatly combining the freedom of an open world with a linear narrative. Exploring the Hisui region is a pleasure, especially since we don't have to interrupt the trip by battling Pokémon - even if we want to get them, because we can throw Pokeballs on the move, which enables us to try to catch several creatures at once.

Battles have also been improved, in part by enabling the player character to move around during combat. However, much of this is due to a variety of improvements, including changes to the balance of attacks, the addition of fast and powerful versions of attacks that affect the flow of turns, and the removal of difficulties associated with their use (once learned, attacks can be rearranged and used freely).

Pokedex also adds depth to the gameplay. This time, it's not enough to catch a creature once to immediately gain access to its full entry. You also need to perform additional actions, from capturing a creature without fighting, through feeding, to observing its behavior, etc. In addition, Pokemon Legends: Arceus is perhaps the most difficult of the "normal" games in the series to date. Some reviewers compared every more challenging clashes to a certain opponent from Ultra Sun / Ultra Moon, which to this day brings pain to fans of the Nuzlocke challenge. 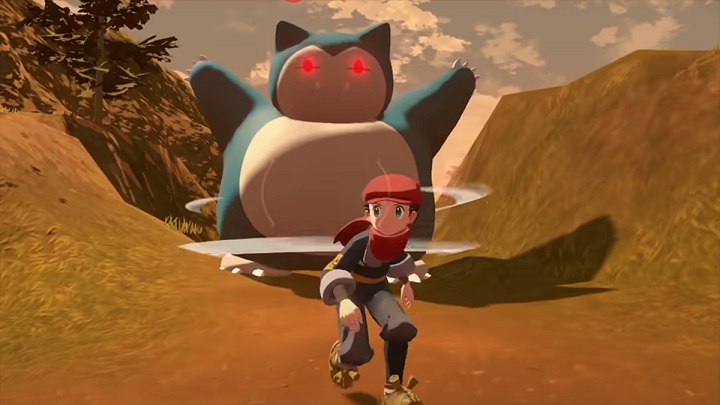 The Hisui region is full of challenges, although the equivalent of Cynthia will probably not be found here. Probably.

To sum up, Pokemon Legends: Arceus significantly refreshes the formula of the series, while being a very good production in itself. At the same time, reviewers hope that this is just a test of the formula and the first step towards new Pokemon games worthy of modern times. After all, the title suggests that this is just a chapter dedicated to Arceus, and more will follow, hopefully being even better and more polished.