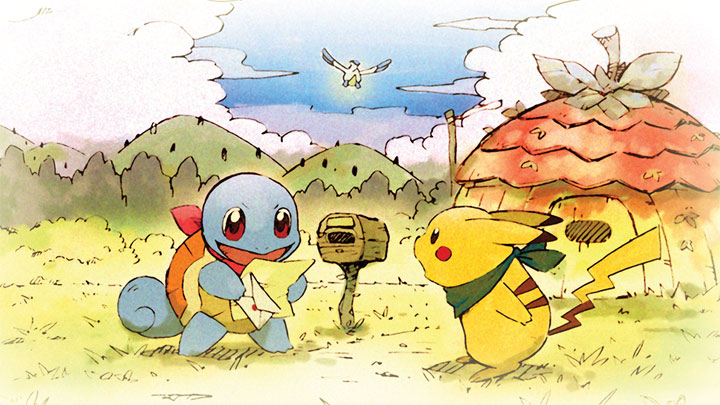 The game will debut in March, this year.

During the Pokemon Direc presentation by The Pokemon Company and Nintendo, the RPG Pokémon Mystery Dungeon: Rescue Team DXwas announced. The game is aimed exclusively at the Nintendo Switch console, and its launch is scheduled for March 6, this year.

In Pokémon Mystery Dungeon: Rescue Team, the player will play the role of a man who will wake up in a land inhabited exclusively by pokemon and discover that he himself has transformed into such creature. At the beginning of the game, the title will submit a series of questions and our answers will decide what kind of pokemon our hero will become.

The plot will revolve around a mysterious series of natural disasters. Players will form rescue teams with other pokemon to help the victims. Completing such missions will enable us to accumulate so called rescue points, allowing our team to be promoted to level up.

During the mission we will spend most of our time exploring randomly generated dungeons. They will be filled with hostile pokemon, with which we fight turn-based battles. We'll also collect useful items as we travel through the dungeons.

The Nintendo DS and Game Boy Advance versions had two-dimensional graphics. The remake will offer a fully three-dimensional visuals. In the game we will also find all the pokemon from both games. Moreover, changes in the game are being prepared. Among them, there will be an automatic exploration mode, which will enable us to instantly traverse the dungeon and it will turn off only when we encounter enemies. There will also be an opportunity to recruit defeated creatures, which will enable us to create teams of up to eight people.

In addition, failures will not automatically mean that we have to start the dungeon from the beginning and lose our items. In Pokémon Mystery Dungeon: Rescue Team DX the player's defeated character will faint and can be revived. This will be done by other players, or by us, directing another team.