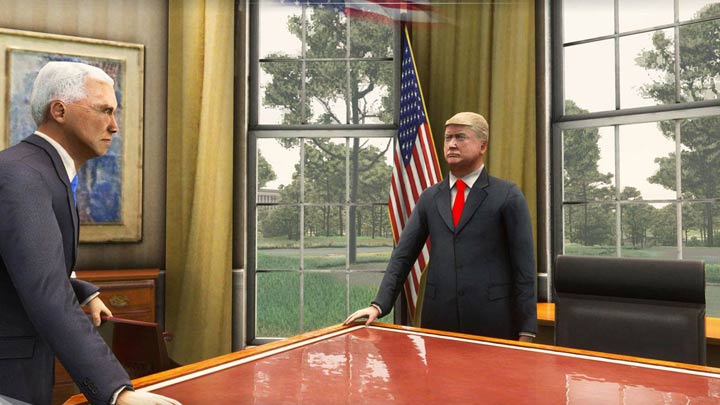 Thanks to the add-ons, Flight Simulator 2020 becomes interesting not only from cockpit perspective.

Microsoft Flight Simulator delighted everyone with its visuals, but due to the fact of recreating the whole globe not all locations could have been prepared with satisfactory quality. One of the least perfected cities was Washington, DC, the capital of the United States. This has changed thanks to Washington Landmarks DLC from Drzewiecki Design. The expansion is priced at 18.44 euros and is available in one of the third-party stores with add-ons. It is not yet available in the official game shop - Marketplace. The installation requires 974 MB on disk.

A kind of interesting easter egg is the recreation of the interior of the Oval Office in the White House, where we can see (probably thanks to the drone camera option) the current US President Donald Trump and his deputy Mike Pence. From a wider perspective, we can see that the meeting of both politicians is also attended by the first lady. 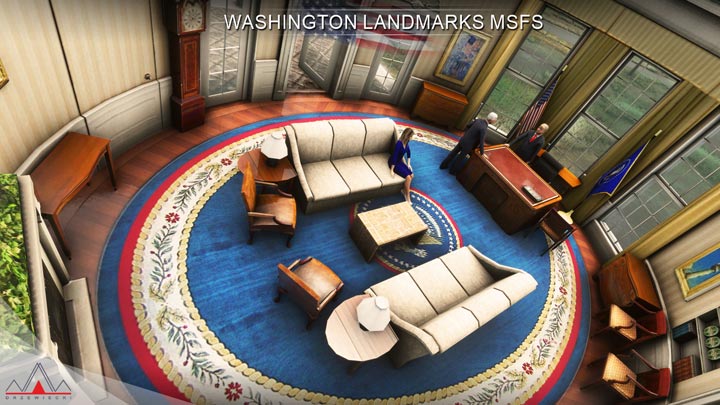 Trump's conversation with the vice-president is being listened to by the first lady.

As you can see, there is room for more than just realism, technology and viewing the game world from a few kilometers up. Of course, Washington Landmarks is focused on more than politics. The expansion adds about 1500 specially prepared buildings and facilities, including the Capitol, The Mall with Washington Monument, Lincoln Memorial, the Marine One helicopter parked in front of the White House and many other sights and attractions. 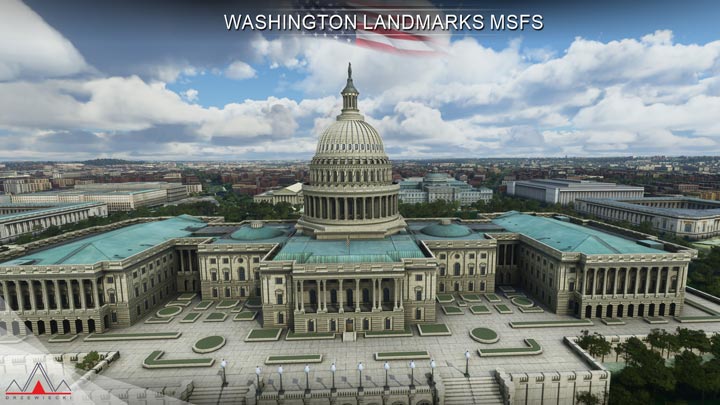 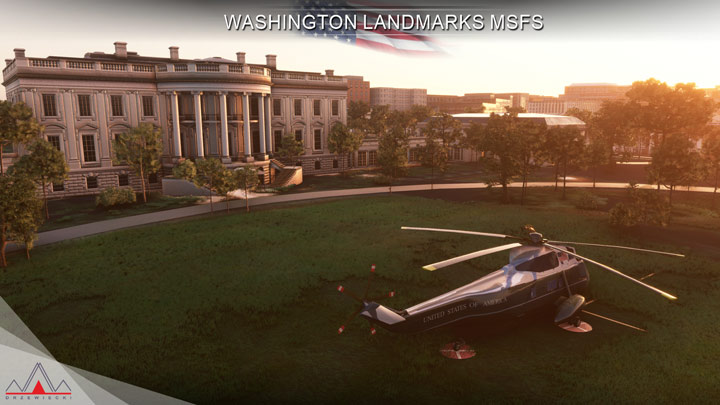 In Washington, there are not only well-known monuments, but also atmospheric buildings.

The authors of the improved version of Washington and the great easter egg, surprisingly, are not Americans, but Polish company Drzewiecki Design. The team has been officially operating on the market of aircraft simulators for several years. During this time, it has made a good name for itself, and its products are appreciated by fans and receive very good ratings. Washington Landmarks is their second paid addition to Microsoft's latest game. A few days earlier a similar pack was released for the Russian capital of Moscow.

CS:GO Judges Appreciated for Their Help in Detecting Fraud