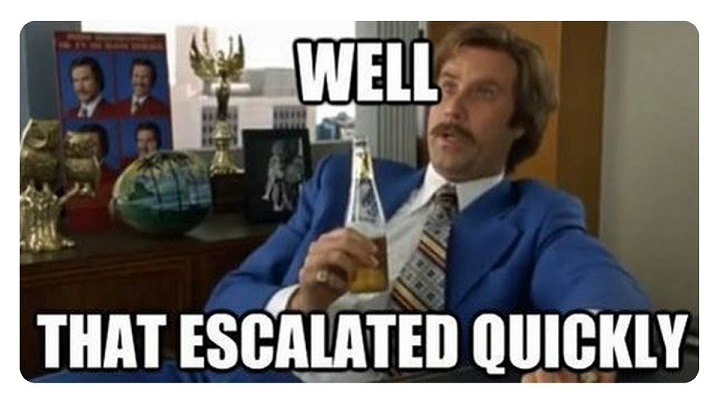 Who would have thought...

The developers of Apex Legends decided to apologize to the fans for the lootbox controversy raised during the Iron Crown event on the weekend. It seems, however, that not everything went the way they planned.

Let us remind that all the commotion concerns the Iron Crown event, during which players had the opportunity to obtain cosmetic items belonging to the Iron Crown Collection. The skins were only available during the event and could be obtained from lootboxes. This is where the problems began - to get the whole Heirloom set for Bloodhound, it was necessary to spend about 200 dollars. As you can easily guess, the players didn't like it.

The apology thread on Reddit quickly turned into pure chaos and a series of heated comments from both angry players and developers was posted. Drew McCoy, representing the latter, instead of trying to calm things down, started calling the players "a**hats", "freeloaders" and "di**s".

"I've been in the industry long enough to remember when players weren't complete a**-hats to developers and it was pretty neat. I forged a bunch of long lasting relationships from back then. Would be awesome to get back there, and not engaging with toxic people," said McCoy.

In response to the statement of a user, who in an indiscriminate way called the creators of the game greedy, McCoy went one step further.

"Hey everyonefound the d**k I was talking about."

Later on, there was another entry, in which the developer tried to disarm the situation.

Did I technically call the players 'di**s'? I don't know. I had something spicy for lunch, I can feel it.

The community clearly did not like it, so a short open letter was sent to the Respawn studio.

"We won't forget this. You've set a new tone for the kind of interaction we'll be having with you. It's a cold one. One where there aren't any illusions about the reality of the situation. Previous notions of "family" are dead. We are mere consumers to you, and that is obvious."

"You have chosen to bring in a new era of hostility and bitterness. Well done. Great PR move," reads the entry, which was published on Reddit.

So far Respawn and Electronic Arts have not commented on the whole thing.

Rainbow Six: Siege Will Get Battle Pass in the Vein of Fortnite

New Gameplay From The Surge 2 on Gamescom