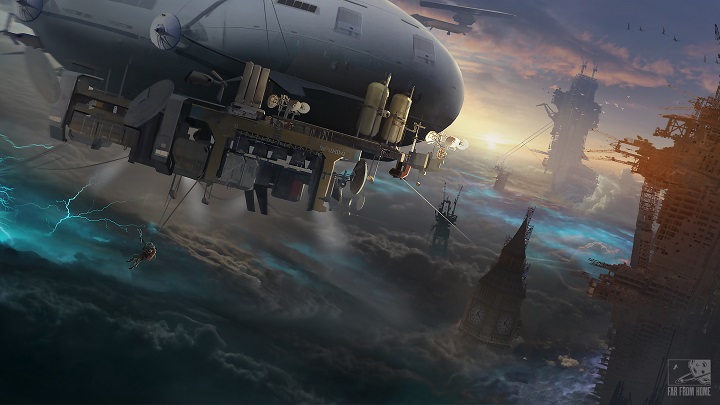 The new studio has officially announced its debut production.

Today we officially learned that the newly-established Polish studio Far From Home will release its debut work, which for the time being operates under the working name Project Oxygen, on PC, PlayStation 5 and Xbox Series X consoles. The game's release date is not yet known, but we have learned some details about it.

In Project Oxygen, the player is to take on the role of a scientist who, on board of a hand-built airship, will travel through the destroyed Earth in order to find new life forms. The pillars of the game are to be regular expeditions on the planet's surface in search of resources or tools, as well as conducting experiments to help in discovering the new world. The heart of the game will be an airship, which will serve the hero as a base of operations and a safe haven. The game is being developed on Unreal Engine and in the future it will be extended with a cooperation mode. The developers are currently targeting the AA segment, which is supposed to reduce development costs.

Work on Project Oxygen has been going on for more than half a year and it is said that the first closed tests of the game have met with a warm welcome. Far From Home is currently going into production mode, and we can expect more information about the game soon.